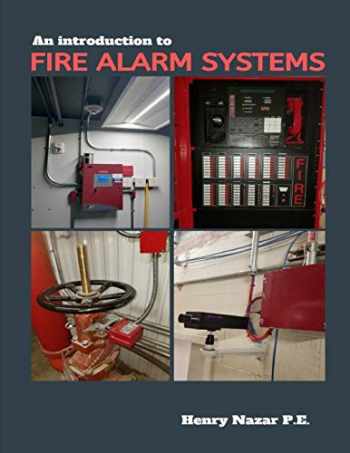 An Introduction to Fire Alarm Systems

Acknowledged authors Nazar P.E., Henry, Nazar, Nakle wrote An Introduction to Fire Alarm Systems comprising 82 pages back in 2019. Textbook and eTextbook are published under ISBN 1097110559 and 9781097110551. Since then An Introduction to Fire Alarm Systems textbook was available to sell back to BooksRun online for the top buyback price of $ 6.15 or rent at the marketplace.
Show more

The goal of this book is to give a basic understanding of a fire alarm system. It was written with the goal of orientating, not just someone with basic electrical installation experience, but also someone with no experience in any trade. The topics covered in this book include:

•The basic types of fire alarm system and how the system integrates with other systems, such as HVAC, security doors, fire smoke dampers and purge fans.

•Wiring diagrams describing how the fire alarm devices work and how the devices interconnect. The purpose and idea behind the end-of-line resistor. The difference between zoned or conventional fire alarm system and addressible fire alarm system. In addition, wiring diagrams are used to describe how monitoring modules and control modules work and integrate with other building systems, such as shutting down an air handling unit upon activation of an associated alarm.

•Wiring and installation methods as per the National Electrical Code and NFPA. Images are used to show various examples of NEC 760 compliant installations.

•Fire alarm floor plans, riser diagrams and matrix of operations. Using actual fire alarm plans, this book describes the symbols used in a fire alarm installation, as well as describing the function of the riser diagram. More importantly, this book explains how to read a matrix or input/output matrix.