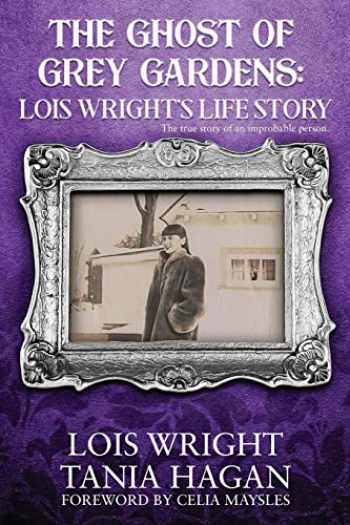 The Ghost of Grey Gardens: Lois Wright's Life Story: The True Story of an Improbable Person

In the early 1970s, two young filmmaking brothers unloaded their camera and recording equipment on the collapsing front porch of a dilapidated manor in East Hampton. The seemingly abandoned, decaying shell of a once-glorious home belonged to Edith Bouvier Beale. She and her daughter Edie Beale were the aunt and first cousin of former First Lady, Jacqueline Kennedy Onassis.Lois Erdmann Wright was one of only a handful of outsiders allowed into Grey Gardens. During the decades before the documentary, Lois and her mother had formed a close, family-like bond with the Bouvier-Beale women, and Lois learned to overlook the destruction and disarray of the home.For many years, the Beales lived alone in the crumbling estate, physically and financially unable to keep the house up to the codes demanded by the local Board of Health.Lois understood the Beale family. The two Edies were outsiders, trying to eke out a reclusive existence among their haughty, East Hampton neighbors. Surrounded by dozens of cats, raccoons, and piles of trash, Lois found acceptance, security, and unconditional love in the company of Grey Gardens’ unlikely inhabitants.She never questioned her dear friends’ lives, and they never questioned Lois. Much like the Beale ladies, and the mysterious mansion disintegrating around them, Lois held onto her own secrets, including one impossible rumor that connected her to the Bouvier-Beales in a way she never expected, and would never forget.Nearly a half-century later, the worldwide appeal and fascination with Grey Gardens hasn't dampened. The story has been recreated as a Tony Award winning Broadway musical, as well as a feature length film, and a second documentary.Now, Lois Wright, the “Ghost of Grey Gardens,” tells the truth embedded in the cult-classic fable. For the first time ever, Lois recounts her ninety years of life, including the perfectly-imperfect years she spend with the Beales. Featuring never before seen personal photos, documents, and letters, and revealing jaw-dropping facts, this book is a must read for any Grey Gardens fan.