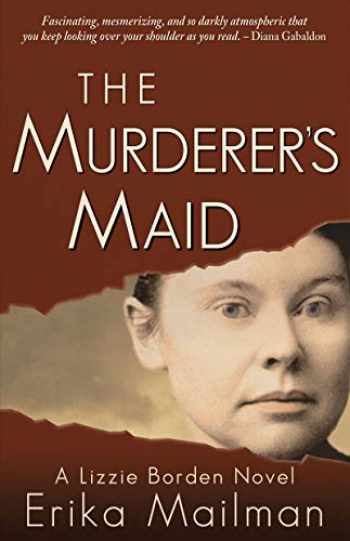 In this historical murder thriller, author Erika Mailman (also 2007 Bram Stoker finalist for her novel The Witch’s Trinity) brings the true story of the brutal murder of Lizzie Borden’s father and stepmother into new focus by adding a riveting contemporary narrative.

The Murderer’s Maid interweaves the stories of two women, the 19th century servant of infamous Lizzie Borden and the other a 21st century modern-day barista fleeing from an attempt on her life.

Irish maid Bridget Sullivan, trapped by servitude and afraid for her own safety, finds herself an unwilling witness to the tensions in the volatile Borden household. As Lizzie seethes with resentment, Bridget tries to perform her duties and keep her mouth shut.

In 2016, Brooke, the illegitimate daughter of an immigrant maid, is unknowingly connected to the legendary 19th century crime. Brooke struggles to conceal her identity and stay a jump ahead of the men who want to kill her. When she unexpectedly falls in love with Anthony, a local attorney, she has to decide whether to stop running and begin her life anew.

With historical detail and taut, modern storytelling, Erika Mailman writes a captivating novel about identity, choices, freedom, and murder. She offers readers a fresh perspective on the notorious 19th century crime and explores the trials of immigrants seeking a better life while facing down fear and oppression, today and throughout history. Intelligent and detailed, The Murderer’s Maid is a gripping read from beginning to bloody conclusion.