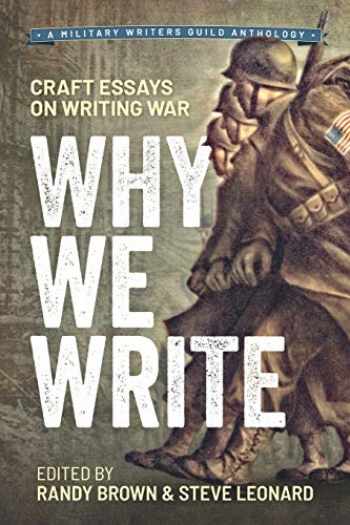 Why We Write: Craft Essays on Writing War

For military service members, veterans, and families—and all those who write about them!

Tap into PUBLISHING INSPIRATIONS, WRITING MARKETS, and CREATIVE TECHNIQUES with advice from MORE THAN 60 BEST-SELLING, ESTABLISHED, and EMERGING AUTHORS of military, national security, and war topics!

Whether you're writing military-themed genre fiction or literary non-fiction, strategy or policy analysis, history or journalism, or even modern war poetry, Why We Write: Craft Essays on Writing War puts an arsenal of innovation and expertise at your fingertips!

Entertaining, informal, and accessible, this first-ever Military Writers Guild-sponsored anthology is ideal for:

Contributors include such leading authors as: