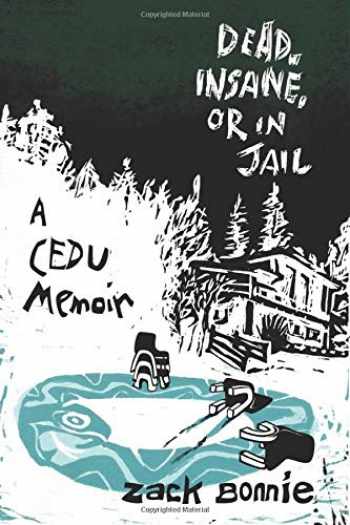 Dead, Insane, or in Jail: A CEDU Memoir

Zack Bonnie was fourteen when his parents sent him to a "Troubled Teen" facility. The author takes readers there, in a thrilling psychological read. Sequestered where bizarre cult-like techniques become the norm, see for yourself exactly what the controversy is about. Should we mold a child's behavior using the tools of brainwashing? With coarse, brutal dialog and authentic source materials, this nonfiction memoir, the first in a series, exposes the secrets and tells it all.

Dead, Insane, or in Jail: A CEDU Memoir is named for the range of options open to the author at 14, if he ran away from the cult his parents inadvertently inducted him into. This is the first time he has told his story. And it’s a doozy. Too many people can relate to this account, unfortunately. Although Rocky Mountain Academy has closed its doors, several hundred residential teen-treatment programs, religious reeducation camps, and places that commit spiritual assassination still operate without oversight in the United States.

Imagine (or remember) being a confused teenager. Now imagine that the only solution your parents can devise is sending you away to be “fixed.” Zack’s touching, true account of being trapped in the “scared straight” industry just might be the book your reluctant teenage reader has been seeking.Barbara J. Danis Literacy Specialist / Coach

Zack Bonnie’s work is a gift to those interested in the history and dynamics of coercive residential teen-treatment programs. With gut-level insight, humor and frankness, he describes the inner experience of a precocious 14 year-old who was engulfed and overwhelmed by these bizarre, yet legal, forms of psychological abuse. Marcus Chatfield, Author, Institutionalized Persuasion

It is sad the abuse of teenagers to tough love programs by mis-informed parents and politicians did not end with the revelations concerning the concept originator Synanon. To be stopped eventually, stories like this must keep being told.Paul Morantz, Esq. Author, Escape: My Life Long War Against Cults

It’s often hard to describe how traumatic and damaging “troubled teen” programs for young people are. This important perspective from someone who lived it offers a vivid portrait of hell that is sold as therapy.Maia Szalavitz Author, Help At Any Cost: How the Troubled-Teen Industry Cons Parents and Hurts Kids

In the tradition of Darkness At Noon, Zack’s history puts the reader into the life that too many “survivors” experienced, and he does this in a finely crafted page-turner. Philip Elberg, Esq.

Zack Bonnie’s memoir is a riveting tale of shame, intimidation, coercion, and frank abuse in the name of “treatment.” The continued existence of programs like CEDU should be considered a national disgrace. Christopher Bellonci, MD

Zack Bonnie’s book sheds light on the larger concerns of many families, then and now. Well-meaning parents are vulnerable to programs like Rocky Mountain Academy. Although it was closed years ago, many more such facilities have been established. These schools and programs take good money from families, and harm their children, all the while masquerading as therapy programs. I join Zack in advocating for regulation and reform so that facilities like RMA can no longer manipulate and harm entire families. Robin C Bernhard, LCSW, MEd, BCN

Thank you, Zack. Your book succeeds on so many levels – as autobiography, as social criticism, as just a good story – I hope you make a million dollars. Jon Bodine, Rocky Mountain Academy Alumnus 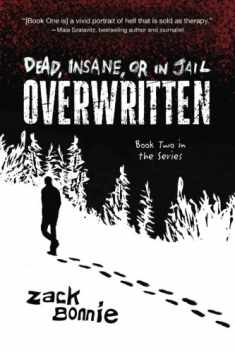 Dead, Insane, or in...
by Zack Bonnie