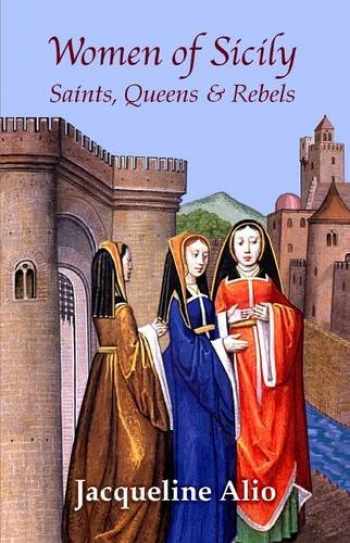 Rarely have women found their place in the chronicles of Sicily's thirty-century history. Here one of Sicily's most popular historians introduces seventeen women of varied backgrounds who defied convention to make their mark in the annals of the complex history of the world's most conquered island.

Meet a timeless sisterhood of pious Roman maidens, steadfast Sicilian queens, and a Jewish mother who confronted the horrors of the Inquisition. Theirs are inspiring stories of the courage of conviction bursting forth to overcome the challenges of adversity. The lengthier ten biographies constitute full chapters, while seven are concise sketches of a few paragraphs each.

In addition to these profiles - most of these women lived before 1500 - the author presents a general survey and chronology of Sicilian history. Significantly, the book treats Sicily as the sovereign nation most of these women knew, and not as a 'region' of the unified Italy or a tiny piece of Europe. The chronology (timeline) reaches into the present century, and there's an appendix dedicated to Sicilian women today.

Until now, biographies of Sicilian women written in English (as the original language) have been the work of foreign authors. This one is a milestone, the first book about the historical women of Sicily written in English by a Sicilian woman in Sicily. It reflects a special passion and an astute understanding of its subject.

Some of the information is the result of original (scholarly) research, and a few facts were garnered from unique sources. The chapter on Queen Maria Sophia of the Two Sicilies, who died in 1925, is the lengthiest treatment of her ever published in English, and it was based in part on an unpublished interview with somebody who knew the Queen, namely her niece, the late Princess Urraca. Living links of this kind are precious in historical writing.

While the concise overview of the status of women in twenty-first century Sicily is provided merely for the benefit of readers who wish to compare the past and present, the pages dedicated to that topic are a rare occurrence in book publishing, especially in English. Here the author's statements are based on facts and statistics rather than anecdotes or stereotypes. It is clear that she knows her subject.

With its chronology and reading list, this volume is useful as a reference, but its narrative makes for an interesting read.

Jackie Alio is an insightful author, one of Sicily's most talented historians, and this book was long overdue.