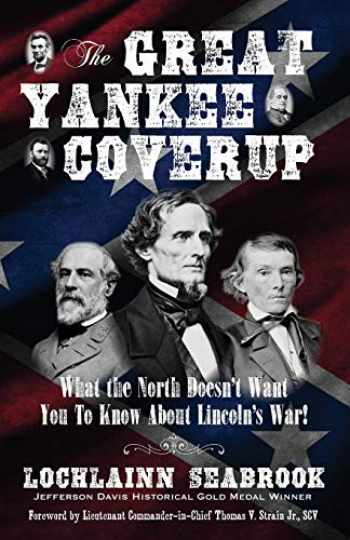 The Great Yankee Coverup: What the North Doesn't Want You to Know About Lincoln's War!

If you think the American Civil War was fought over slavery, if you think Abraham Lincoln was the "Great Emancipator," if you think that the Confederate Flag is a symbol of racism, you are a victim of The Great Yankee Coverup! Whatever you were taught in school about America’s War of 1861 is not only wrong, it’s an intentional fabrication to hide the truth. In his groundbreaking work, The Great Yankee Coverup: What the North Doesn’t Want You to Know About Lincoln’s War! award-winning author and historian Colonel Lochlainn Seabrook reveals a nefarious 150 year conspiracy to suppress the facts about the War, exploding hundreds of falsehoods and myths that have been presented to us as “true history.”

Did you know, for example, that the South fought to preserve the Constitution while the North fought to overturn it? That the U.S.A. was created as a confederacy, that it was widely known as "the Confederate States of America,” and that this is why the South adopted this name when it seceded from the Union? That the Southern states seceded legally with no intention of destroying the Union, and that their only goal was to perpetuate the original confederate republic formed by the Founding Fathers?

Did you know that Confederate President Jefferson Davis was a political Conservative who adopted a black child during the War and was already committed to abolishing slavery in early 1865, months before the War ended? Or that Union President Abraham Lincoln was a political Liberal who barred blacks from the White House, consistently blocked black civil rights, wanted to put African-Americans in their own all-black state, spent his entire adult life trying to deport blacks, said if there was a war between the races he would stand with his own, used slaves to complete the dome on the Capitol Building, referred to Native-Americans as “savages” and blacks as an “inferior race,” and was a leader in the American Colonization Society, whose stated goal was to make the U.S. “white from coast to coast”?

Did you know that both the American slave trade and American slavery got their start in the North and that the American abolition movement began in the South? That the Confederacy enlisted blacks before the Union, and that five times as many blacks fought for the South as for the North? That the Emancipation Proclamation freed no slaves and that this was not its true intention to begin with? That due to Lincoln’s inhumane abolition plan (“let ’em root, pig, or perish”), 25 percent of all Southern blacks died as a result of the Emancipation Proclamation? And did you know that the Southern Confederacy was never officially shut down?

Why have these facts been concealed from us? Because exposing them would reveal the truth about the Civil War; namely, that it was an illegal and unnecessary conflict started by left-wing progressive Lincoln in an attempt to install big government at Washington, D.C. This hard-hitting revolutionary book, a must-read for all Civil War buffs and history lovers, blows the lid off “The Great Yankee Coverup.” Read it and be a victim no longer!

Civil War scholar Colonel Lochlainn Seabrook, a descendant of the families of Alexander H. Stephens and John S. Mosby, is the most prolific and popular pro-South writer in the world today. Known as the "new Shelby Foote," he is a recipient of the prestigious Jefferson Davis Historical Gold Medal and the author of over 50 books that have introduced hundreds of thousands to the truth about the War for Southern Independence. A seventh-generation Kentuckian of Appalachian heritage, Seabrook has a 40 year background in American and Southern history, and is the author of the runaway bestseller Everything You Were Taught About the Civil War is Wrong, Ask a Southerner! 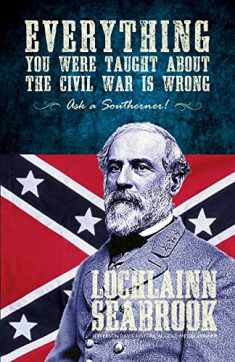 Everything You Were...
by Seabrook, Lochlainn 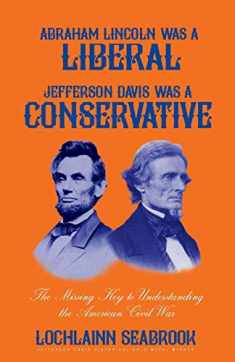 Abraham Lincoln Was...
by Seabrook, Lochlainn