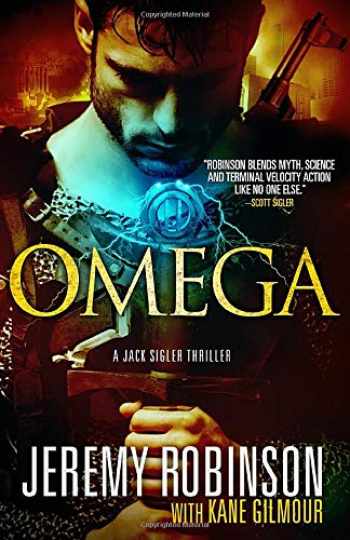 Jack Sigler, Callsign: King, field leader for a black ops organization known as Endgame, is accustomed to feeling capable of handling most any situation. It is a confidence forged in the fires of battle against both monsters and madmen. But the introduction of Asya, a sister he never knew existed, and the kidnapping of his parents has him reeling. Using Endgame’s resources, King and his ‘Chess Team’ (Queen, Rook, Bishop and Knight) scour the planet for his parents, tracking a man known to the world as Alexander Diotrephes, but known to King by another name. The legendary Hercules is alive, well and plotting something beyond imagining—something that will affect two thousand years of history. While the team is spread thin, an intruder walks past their secret headquarters’ defenses, sits himself down in the director’s chair and waits. When he’s discovered by Endgame’s coordinator, Tom Duncan, Callsign: Deep Blue, he’s easy to identify—Richard Ridley, the team’s oldest and most dangerous enemy, who is supposed to be dead. But he isn’t Ridley. He is a clone in search of his master, the real Ridley, who yet lives and is being held captive by the same man holding King’s parents. Believing Ridley is the only one capable of stopping Alexander’s plans, a temporary and tenuous alliance is formed, and Alexander’s location is soon uncovered. The team, along with three clones, heads for a citadel buried beneath the ruins of ancient Carthage. Already in the area, King and Asya arrive first to find their parents and a staggering family secret that leads to the end of King’s life as he knows it. The rest of the team arrives to find Richard Ridley free to act, an army of high-tech mercenaries bearing down on their location and evidence of their leader’s demise. King is dead. Long live King. Omega is the fifth full-length novel in the Jack Sigler/Chess Team series, following Pulse, Instinct, Threshold, and Ragnarok, as well as the prequel novel Prime, and eight standalone novellas focusing on the individual characters in the series.