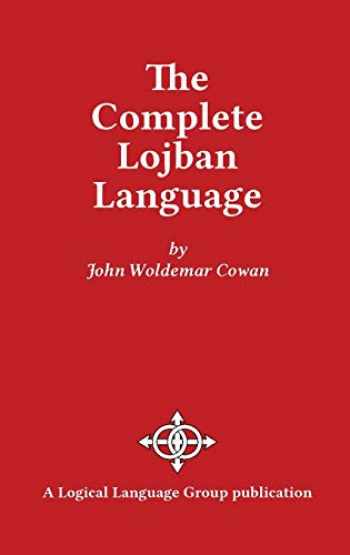 Acknowledged authors Cowan, John W wrote The Complete Lojban Language comprising 586 pages back in 2016. Textbook and eTextbook are published under ISBN 0966028325 and 9780966028324. Since then The Complete Lojban Language textbook was available to sell back to BooksRun online for the top buyback price of $ 4.01 or rent at the marketplace.
Show more

Though this description may sound imposing, technical and formal, the book is written in a light, often humorous style that teaches the reader about the Lojban language, about logic, and about linguistics in general.

Lojban is a version of Loglan, the artificial language project described in the June 1960 Scientific American article of that name. "Loglan" was also referred to by name in Robert Heinlein's classic novel The Moon is a Harsh Mistress, as well as in other novels.

Loglan/Lojban is a language designed for several purposes, including linguistics research (especially involving a proposed test of the Sapir/Whorf hypothesis), foreign language instruction, artificial intelligence research, machine translation and related human/computer interaction applications, and as a stimulating educational and entertaining mental exercise. A few people are interested in Lojban as a prospective international auxiliary language. An international community of aficionados has appeared, writing in and about the language, primarily on the Internet.