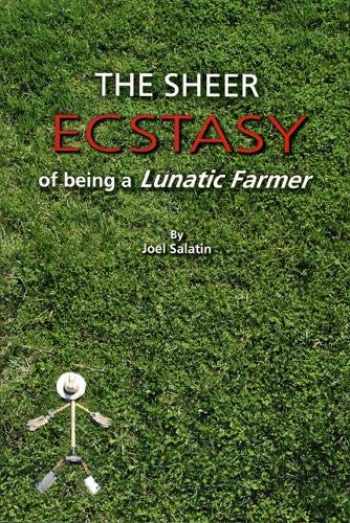 The Sheer Ecstasy of Being a Lunatic Farmer

Foodies and environmentally minded folks often struggle to understand and articulate the fundamental differences between the farming and food systems they endorse and those promoted by Monsanto and friends. With visceral stories and humor from Salatin's half-century as a "lunatic" farmer, Salatin contrasts the differences on many levels: practical, spiritual, social, economic, ecological, political, and nutritional.

Anyone looking for ammunition to defend a more localized, solar-driven, diversified food system will find an entire arsenal in these pages. With wit and humor honed during countless hours working on the farm he loves, and then interacting with conventional naysayers, Salatin brings the land to life, farming to sacredness, and food to ministry.

Divided into four main sections, the first deals with principles to nurture the earth, an idea mainline farming has never really endorsed. The second section describes food and fiber production, including the notion that most farmers don't care about nutrient density or taste because all they want is shipability and volume. The third section, titled "Respect for Life," presents an apologetic for food sacredness and farming as a healing ministry. Only lunatics would want less machinery and pathogenicity. Oh, the ecstasy of not using drugs or paying bankers. How sad. The final section deals with promoting community, including the notion that more farmers would be a good thing.