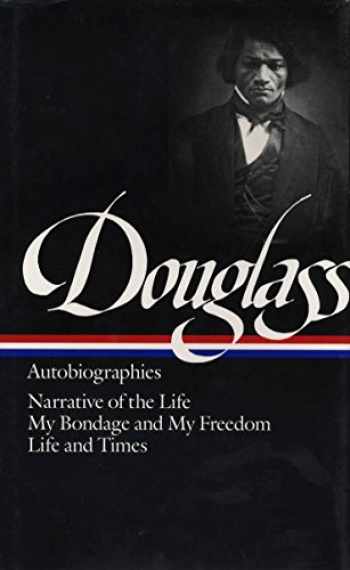 Henry Louis Gates, Jr. presents the only authoritative edition of all three autobiographies by the escaped slave who became a great American leader.

Here in this Library of America volume are collected Frederick Douglass's three autobiographical narratives, now recognized as classics of both American history and American literature. Writing with the eloquence and fierce intelligence that made him a brilliantly effective spokesman for the abolition of slavery and equal rights, Douglass shapes an inspiring vision of self-realization in the face of monumental odds.

Narrative of the Life of Frederick Douglass, an American Slave (1845), published seven years after his escape, was written in part as a response to skeptics who refused to believe that so articulate an orator could ever have been a slave. A powerfully compressed account of the cruelty and oppression of the Maryland plantation culture into which Douglass was born, it brought him to the forefront of the anti-slavery movement and drew thousands, black and white, to the cause.

In My Bondage and My Freedom (1855), Douglass expands the account of his slave years. With astonishing psychological penetration, he probes the painful ambiguities and subtly corrosive effects of black-white relations under slavery, and recounts his determined resistance to segregation in the North. The book also incorporates extracts from Douglass’s speeches, including the searing “What to the Slave Is the Fourth of July?”

Life and Times, first published in 1881, records Douglass’s efforts to keep alive the struggle for racial equality udirng Reconstruction. John Brown, Abraham Lincoln, William Lloyd Garrison, and Harriet Beecher Stowe all feature prominently in this chronicle of a crucial epoch in American history. The revised edition of 1893, presented here, includes an account of his controversial diplomatic mission to Haiti.

This volume contains a detailed chronology of Douglass’s life, notes providing further background on the events and people mentioned, and an account of the textual history of each of the autobiographies.

LIBRARY OF AMERICA is an independent nonprofit cultural organization founded in 1979 to preserve our nation’s literary heritage by publishing, and keeping permanently in print, America’s best and most significant writing. The Library of America series includes more than 300 volumes to date, authoritative editions that average 1,000 pages in length, feature cloth covers, sewn bindings, and ribbon markers, and are printed on premium acid-free paper that will last for centuries.
Show more