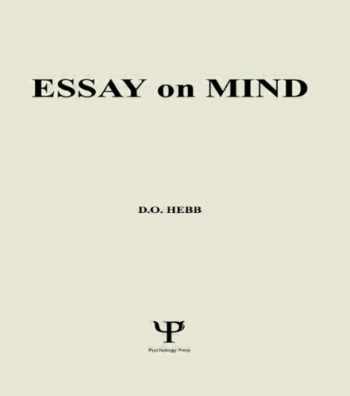 Acknowledged author D. O. Hebb wrote Essay on Mind comprising 172 pages back in 1980. Textbook and eTextbook are published under ISBN 0898590175 and 9780898590173. Since then Essay on Mind textbook was available to sell back to BooksRun online for the top buyback price or rent at the marketplace.
Show more

Donald Olding Hebb, referred to by American Psychologist as one of "the 20th century's most eminent and influential theorists in the realm of brain function and behavior," contributes greatly to the understanding of mind and thought in Essays on Mind.

His objective was to learn about thought which he considered "the central problem of psychology -- but also, not less important, to learn how to think clearly about thought, which is philosophy." The volume is written for advanced undergraduates, graduates, professionals, and lay people interested in or studying the mind.

Hebb offers an increased understanding of the mind from a biological perspective that affects long-standing philosophical and psychological problems. "Psychology and Philosophy were divorced some time ago but, like other divorced couples, they still have problems in common," writes Hebb.

The first three chapters establish the methodological and philosophical basis for his biologically centered theory of behavior, including the evolution of the mind, nature versus nurture, the origination and status of cell-assembly theory, and infant thought and language development. He concludes with a discussion of the workings of scientific thought from a practical rather than theoretical perspective. 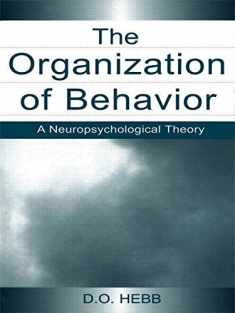