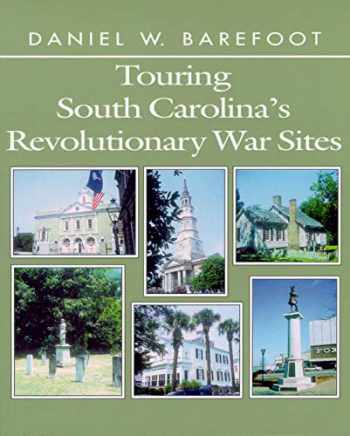 Many historians believe the fortunes of the American Patriots during the Revolutionary War turned dramatically on the battlefields of North and South Carolina. This guide travels to such sites in South Carolina as Cowpens, Ninety Siz, Camden, Eutaw Springs, and Kings Mountain. It also includes relevant historic sites in many of South Carolina's towns, including Charleston, Columbia, Winnsboro, and Georgetown. The tours also incporporate anecdotes involving some of the important players in America's fight for independence, including Francis Marion, Thomas Sumter, Andrew Jackson, Henry Drayton, Charles Pinckney, and Henry Middleton.

Dan Barefoot was born in Charlotte, North Carolina, on March 18, 1951. He is a 1973 Phi Beta Kappa graduate of the University of North Carolina at Chapel Hill, where he also earned his Juris Doctor degree from the University of North Carolina School of law. Dan Barefoot is the author of four travel guides, a biography of esteemed confederate general Robert Hoke, and a trilogy of ghost stories representing all of North Carolina’s 100 counties: Seaside Spectres, Piedmont Phantoms, and Haints of the Hills. Barefoot’s most recent books are Haunted Halls of Ivy: Ghosts of Southern Colleges and Universities, Let Us Die Like Brave Men, Hark the Sound of Tar Heel Voices, and Spirits of ’76. From 1998 until 2002, Barefoot served three terms in the North Carolina House of Representatives, representing the 44th district. He has also served on numerous boards and is active in his church and community. Barefoot currently serves as the city attorney for Lincolnton, North Carolina. He is a frequent speaker to cultural, civic, and church groups throughout the Southeast.