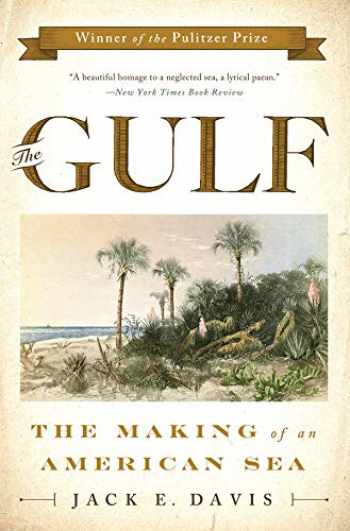 The Gulf: The Making of An American Sea

When painter Winslow Homer first sailed into the Gulf of Mexico, he was struck by its "special kind of providence." Indeed, the Gulf presented itself as America’s sea―bound by geography, culture, and tradition to the national experience―and yet, there has never been a comprehensive history of the Gulf until now. And so, in this rich and original work that explores the Gulf through our human connection with the sea, environmental historian Jack E. Davis finally places this exceptional region into the American mythos in a sweeping history that extends from the Pleistocene age to the twenty-first century.

Significant beyond tragic oil spills and hurricanes, the Gulf has historically been one of the world's most bounteous marine environments, supporting human life for millennia. Davis starts from the premise that nature lies at the center of human existence, and takes readers on a compelling and, at times, wrenching journey from the Florida Keys to the Texas Rio Grande, along marshy shorelines and majestic estuarine bays, profoundly beautiful and life-giving, though fated to exploitation by esurient oil men and real-estate developers.

Rich in vivid, previously untold stories, The Gulf tells the larger narrative of the American Sea―from the sportfish that brought the earliest tourists to Gulf shores to Hollywood’s engagement with the first offshore oil wells―as it inspired and empowered, sometimes to its own detriment, the ethnically diverse groups of a growing nation. Davis' pageant of historical characters is vast, including: the presidents who directed western expansion toward its shores, the New England fishers who introduced their own distinct skills to the region, and the industries and big agriculture that sent their contamination downstream into the estuarine wonderland. Nor does Davis neglect the colorfully idiosyncratic individuals: the Tabasco king who devoted his life to wildlife conservation, the Texas shrimper who gave hers to clean water and public health, as well as the New York architect who hooked the “big one” that set the sportfishing world on fire.

Ultimately, Davis reminds us that amidst the ruin, beauty awaits its return, as the Gulf is, and has always been, an ongoing story. Sensitive to the imminent effects of climate change, and to the difficult task of rectifying grievous assaults of recent centuries, The Gulf suggests how a penetrating examination of a single region's history can inform the country's path ahead.