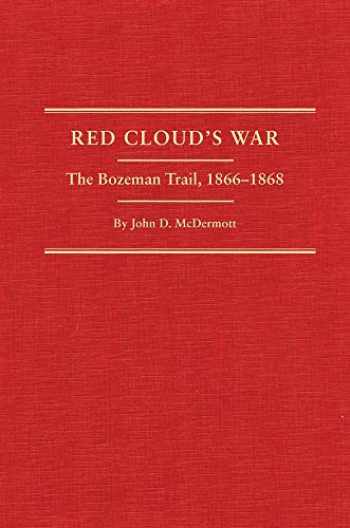 On a cold December day in 1866, Captain William J. Fetterman disobeyed orders and spurred his men across Lodge Trail Ridge in pursuit of a group of retreating Lakota Sioux, Arapahos, and Cheyennes. He saw a perfect opportunity to punish the tribes for harassing travelers on the Bozeman Trail and attacking wood trains sent out from nearby Fort Phil Kearny. In a sudden turn of events, his command was, within moments, annihilated. John D. McDermott’s masterful retelling of the Fetterman Disaster is just one episode of Red Cloud’s War, the most comprehensive history of the Bozeman Trail yet written.

In vivid detail, McDermott recounts how the discovery of gold in Montana in 1863 led to the opening of the 250-mile route from Fort Laramie to the goldfields near Virginia City, and the fortification of this route with three military posts. The road crossed the Powder River Basin, the last, best hunting grounds of the Northern Plains tribes. Oglala chief Red Cloud and his allies mounted a campaign of armed resistance against the army and Montana-bound settlers. Among a host of small but bloody clashes were such major battles as the Fetterman Disaster, the Wagon Box Fight, and the Hayfield Fight, all of them famous in the annals of the Indian Wars.

McDermott’s spellbinding narrative offers a cautionary tale of hubris and mis-calculation. The United States Army suffered one setback after another; what reputation for effectiveness it had gained during the Civil War dissipated in the skirmishing in faraway Big Horn country.

In a thoughtful conclusion, McDermott reflects on the tribes’ victories and the consequences of the Treaty of 1868. By successfully defending their hunting grounds, the Northern Plains tribes delayed an ultimate reckoning that would come a decade later on the Little Bighorn, on the Red Forks of the Powder River, at Slim Buttes, at Wolf Mountain, and in a dozen other places where warrior and trooper met in the final clashes on the western plains.

The leather-bound collector's edition is limited to fifty-five numbered and signed copies in a handsome slipcase, of which fifty are offered for sale.