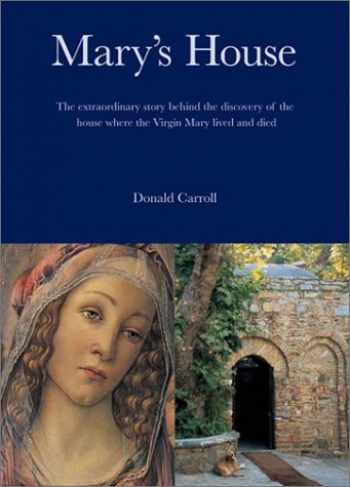 Mary's House: The Extraordinary Story Behind the Discovery of the House Where the Virgin Mary Lived and Died

In the closing years of the nineteenth century, the Aegean coast of Turkey witnessed three of the greatest archaeological finds of all time. Two of these – the discoveries of the ruins of Ephesus and Troy – made international headlines overnight. The third, however, in 1881, was immediately enveloped in secrecy.

It was kept a secret because nobody in the Vatican believed that an obscure French priest, following the visions of an equally obscure German nun and mystic, could possibly have found the actual house where the Virgin Mary spent her last years. Yet by the end of the century the evidence had become so compelling that scholars had pronounced the discovery authentic and Pope Leo XIII had declared the site a place of pilgrimage.

Today it is one of the holiest shrines in Christendom. Pope Paul VI and Pope John Paul II have both made special journeys there to worship, and over a million people visit every year. For Christians around the world, it has become quite simply the most important house on earth.

In Mary’s House, Donald Carroll, the author of twelve books and an acknowledged expert on Turkey, goes back two thousand years to trace the history of a pile of sacred, forgotten stones which were to provide, for the first time, precious clues to the life that Mary lived after the Crucifixion.