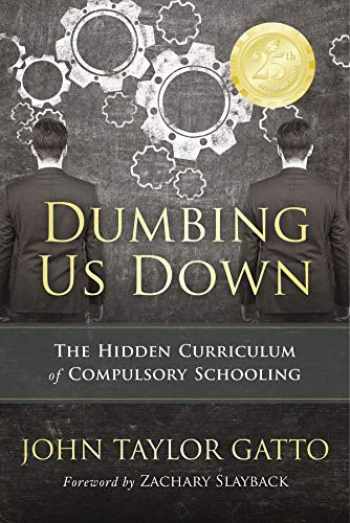 Dumbing Us Down - 25th Anniversary Edition: The Hidden Curriculum of Compulsory Schooling

Throw off the shackles of formal schooling and embark upon a rich journey of self-directed, life-long learning

After over 100 years of mandatory schooling in the U.S., literacy rates have dropped, families are fragmented, learning "disabilities" are skyrocketing, and children and youth are increasingly disaffected. Thirty years of teaching in the public school system led John Taylor Gatto to the sad conclusion that compulsory governmental schooling is to blame, accomplishing little but to teach young people to follow orders like cogs in an industrial machine.

He became a fierce advocate of families and young people taking back education and learning, arguing that "genius is as common as dirt," but that conventional schooling is driving out the natural curiosity and problem-solving skills we're born with, replacing it with rule-following, fragmented time, and disillusionment.

Gatto's radical treatise on public education, a New Society Publishers bestseller for 25 years, continues to bang the drum for an unshackling of children and learning from formal schooling. Now, in an ever-more-rapidly changing world with an explosion of alternative routes to learning, it's poised to continue to shake the world of institutional education for many more years.

Featuring a new foreword from Zachary Slayback, an Ivy League dropout and cofounder of tech start-up career foundry Praxis, this 25th anniversary edition will inspire new generations of parents and students to take control of learning and kickstart an empowered society of self-directed lifetime-learners. 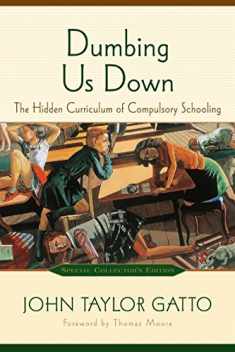 Dumbing Us Down: Th...
by Gatto, John Taylor