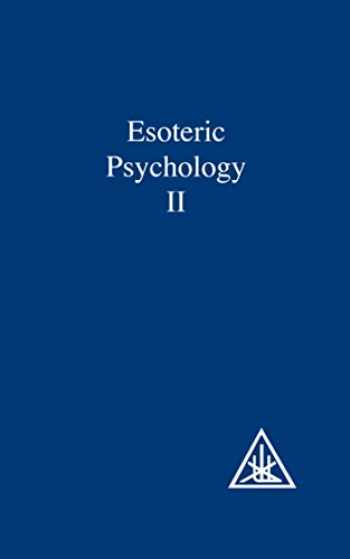 The second volume of Esoteric Psychology deals exhaustively with the ray qualities controlling the life, consciousness and appearance of a human being on the physical plane. Every man in his totality is subject to the laws of evolution by which he proceeds from the One to the many and back to the One, enriched by the experience of life in form and capable of contributing the results of that experience to the larger life which pervades him.


Because the process of evolution is one of expansion in consciousness towards the centre of the One Life, an individual becomes increasingly identified with larger and larger areas of group consciousness; with the family and community group; with the nation; with the world and with the one humanity; with the soul and the ashramic group; and ultimately with those centres of consciousness we identify as hierarchy, the planetary heart inspiring the Plan; and with Shamballa, the planetary head centre of purpose, will and intention. This is a long process of discipleship growth and of service response to the requirements of the Plan and the needs of humanity.


This book, therefore, includes much comment and teaching of the utmost value to the disciple in training for world service, learning to take his place within that subjectively united and organised group of disciples discussed in this volume as "the new group of world servers". Group consciousness is a major goal for every aspirant to discipleship.


The first part of the book dealing with the Egoic Ray, includes sections on (1) The growth of soul influence (2) The seven laws of soul or group life (3) The five groups of souls and (4) Rules for inducing soul control. While the second part on The Ray of the Personality, contains detailed teaching on (1) The appropriation of the bodies (2) The coordination of the personality (3) Some problems of psychology and (4) Diseases and problems of disciples and mystics.


The final part of this volume on Humanity Today anchors these pervasive thoughts and energies within the world arena. The world situation is viewed from the esoteric and Hierarchical angle and in relation to the requirements of the dawning new age of Aquarius. A synthesis of thought and a unity of purpose must be established in the world in order to create conditions in which peace can prosper and the Christ can reappear.


Supreme effort was made by the Hierarchy to avert the 1939 outbreak of war, and to this end stimulating and evocative energies were literally forced into human consciousness through the agency of the new group of world servers. The requirements of the Plan for humanity were held up as the vision, without which "the people perish". Choosing to learn the hard way, humanity is only now opening the eye of vision as the result of drastic experience.


Disciples and world servers, therefore, face a superlative opportunity today to equip themselves for service to the Plan, to humanity and to Hierarchy, by applying the psychology of the soul to every aspect of their life environment.