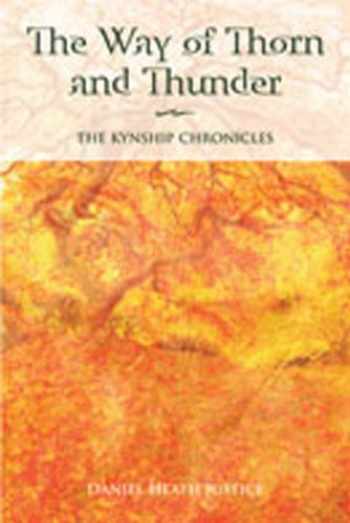 The Way of Thorn and Thunder: The Kynship Chronicles

Taking fantasy literature beyond the stereotypes, Daniel Heath Justice's acclaimed Thorn and Thunder novels are set in a world resembling eighteenth-century North America. The original trilogy is available here for the first time as a fully revised one-volume novel. The story of the struggle for the green world of the Everland, home of the forest-dwelling Kyn, is an adventure tale that bends genre and gender.

"Justice has created a fantasy epic so rich in history and so complex with all of its inhabitants and mystery that you're never going to want The Way of Thorn and Thunder to end. What a treasure for anyone looking for heroes and adventure in a series based on Aboriginal philosophy and wisdom." --Richard Van Camp, author of The Lesser Blessed

"The Way of Thorn and Thunder is a beautifully wrought high fantasy novel, drawing from the unique and fascinating cultures of North America's aboriginal peoples but successfully creating a world and characters that stand on their own, and are even set apart from what we usually see in high fantasy. Readers who enjoy meticulously created landscapes and cultures, as well as language that is by turns both visceral and elegant, will likely find much to love in The Way of Thorn and Thunder."--Karin Lowachee, author The Gaslight Dogs

"A powerful heroic fantasy, notable for being set, not in the familiar myth-Europe of most such fantasies, but (like Liliana Bodoc's haunting Saga de los Confines) in the Old World of the Western Hemisphere, the Native American world, where the true, deep roots of magic are threatened by conquest and destruction."--Ursula K. Le Guin