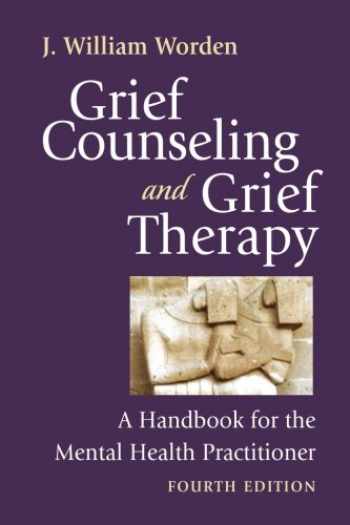 In the fields of death education, research and counseling/psychology, surely Bill Worden is a giant....ALL of us, personally and professionally, are indebted to J. William Worden. From his work we may be just a bit wiser, a bit healthier, a bit more competent, and a lot more in touch with meaning (our own and those of others) for the sake of all who mourn." --Illness, Crisis, & Loss

Every helping professional will profit from Worden's treatment of uncomplicated and complicated mourning. Especially hopefully is his material on the many types of loss...I highly recommend Worden's book."--Ministry

Dr. Worden presents the highly anticipated fourth edition to Grief Counseling and Grief Therapy, the gold standard of grief therapy handbooks. The previous editions, translated into 12 languages, received worldwide acclaim for their sensitive, insightful, and practical approach to grief counseling. In this updated and revised fourth edition, Dr. Worden presents his most recent thinking on bereavement drawn from extensive research, clinical work, and the best of the new literature.

Comprehensive and highly organized, this text is useful to therapists just beginning to work in the field as well as seasoned practitioners.