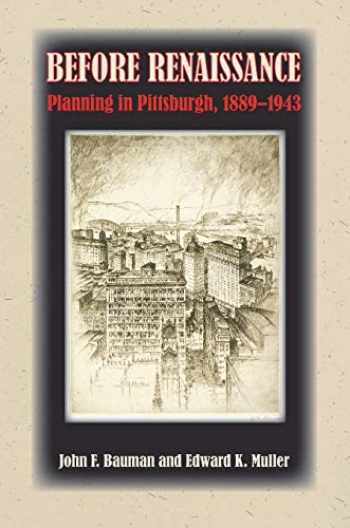 Acknowledged authors Bauman, John F., Muller, Edward K. wrote Before Renaissance: Planning in Pittsburgh, 1889-1943 comprising 352 pages back in 2006. Textbook and eTextbook are published under ISBN 0822959305 and 9780822959304. Since then Before Renaissance: Planning in Pittsburgh, 1889-1943 textbook was available to sell back to BooksRun online for the top buyback price or rent at the marketplace.
Show more

Before Renaissance examines a half-century epoch during which planners, public officials, and civic leaders engaged in a dialogue about the meaning of planning and its application for improving life in Pittsburgh.

Planning emerged from the concerns of progressive reformers and businessmen over the social and physical problems of the city. In the Steel City enlightened planners such as Frederick Law Olmsted, Jr., and Frederick Bigger pioneered the practical approach to reordering the chaotic urban-industrial landscape. In the face of obstacles that included the embedded tradition of privatism, rugged topography, inherited built environment, and chronic political fragmentation, they established a tradition of modern planning in Pittsburgh.

John Bauman and Edward Muller recount the city’s long tradition of public/private partnerships as an important factor in the pursuit of orderly and stable urban growth. Before Renaissance provides insights into the major themes, benchmarks, successes, and limitations that marked the formative days of urban planning. It defines Pittsburgh’s key role in the vanguard of the national movement and reveals the individuals and processes that impacted the physical shape and form of a city for generations to come. 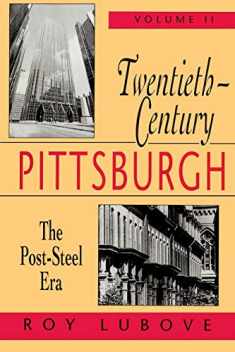