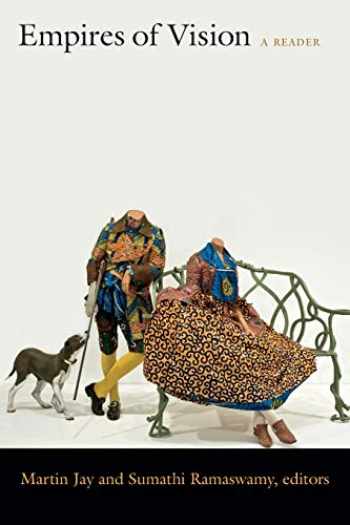 Empires of Vision: A Reader (Objects/Histories)

Acknowledged author wrote Empires of Vision: A Reader (Objects/Histories) comprising 688 pages back in 2014. Textbook and eTextbook are published under ISBN 0822354489 and 9780822354482. Since then Empires of Vision: A Reader (Objects/Histories) textbook was available to sell back to BooksRun online for the top buyback price or rent at the marketplace.
Show more

Empires of Vision brings together pieces by some of the most influential scholars working at the intersection of visual culture studies and the history of European imperialism. The essays and excerpts focus on the paintings, maps, geographical surveys, postcards, photographs, and other media that comprise the visual milieu of colonization, struggles for decolonization, and the lingering effects of empire. Taken together, they demonstrate that an appreciation of the role of visual experience is necessary for understanding the functioning of hegemonic imperial power and the ways that the colonized subjects spoke, and looked, back at their imperial rulers. Empires of Vision also makes a vital point about the complexity of image culture in the modern world: We must comprehend how regimes of visuality emerged globally, not only in the metropole but also in relation to the putative margins of a world that increasingly came to question the very distinction between center and periphery.