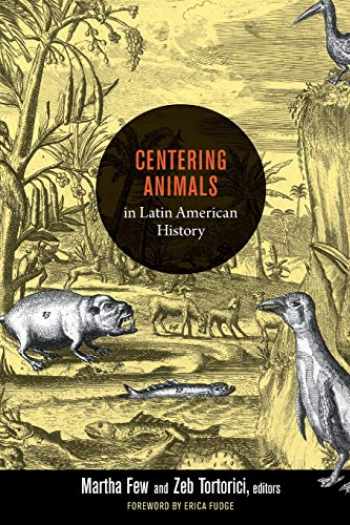 Acknowledged author wrote Centering Animals in Latin American History comprising 408 pages back in 2013. Textbook and eTextbook are published under ISBN 0822353970 and 9780822353973. Since then Centering Animals in Latin American History textbook was available to sell back to BooksRun online for the top buyback price of $ 0.30 or rent at the marketplace.
Show more

Centering Animals in Latin American History writes animals back into the history of colonial and postcolonial Latin America. This collection reveals how interactions between humans and other animals have significantly shaped narratives of Latin American histories and cultures. The contributors work through the methodological implications of centering animals within historical narratives, seeking to include nonhuman animals as social actors in the histories of Mexico, Guatemala, the Dominican Republic, Puerto Rico, Cuba, Chile, Brazil, Peru, and Argentina. The essays discuss topics ranging from canine baptisms, weddings, and funerals in Bourbon Mexico to imported monkeys used in medical experimentation in Puerto Rico. Some contributors examine the role of animals in colonization efforts. Others explore the relationship between animals, medicine, and health. Finally, essays on the postcolonial period focus on the politics of hunting, the commodification of animals and animal parts, the protection of animals and the environment, and political symbolism. 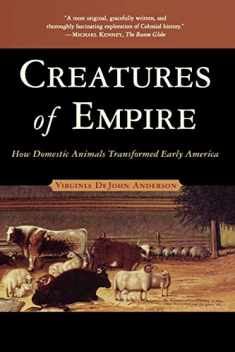 Creatures of Empire...
by Anderson, Virginia... 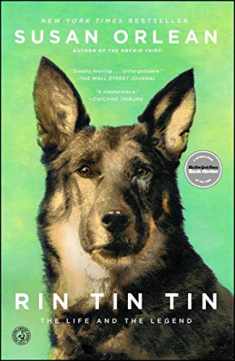