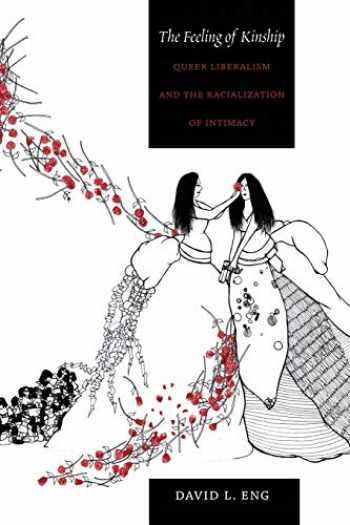 The Feeling of Kinship: Queer Liberalism and the Racialization of Intimacy

In The Feeling of Kinship, David L. Eng investigates the emergence of “queer liberalism”—the empowerment of certain gays and lesbians in the United States, economically through an increasingly visible and mass-mediated queer consumer lifestyle, and politically through the legal protection of rights to privacy and intimacy. Eng argues that in our “colorblind” age the emergence of queer liberalism is a particular incarnation of liberal freedom and progress, one constituted by both the racialization of intimacy and the forgetting of race. Through a startling reading of Lawrence v. Texas, the landmark legal decision overturning Texas’s antisodomy statute, Eng reveals how the ghosts of miscegenation haunt both Lawrence and the advent of queer liberalism.

Eng develops the concept of “queer diasporas” as a critical response to queer liberalism. A methodology drawing attention to new forms of family and kinship, accounts of subjects and subjectivities, and relations of affect and desire, the concept differs from the traditional notions of diaspora, theories of the nation-state, and principles of neoliberal capitalism upon which queer liberalism thrives. Eng analyzes films, documentaries, and literature by Asian and Asian American artists including Wong Kar-wai, Monique Truong, Deann Borshay Liem, and Rea Tajiri, as well as a psychoanalytic case history of a transnational adoptee from Korea. In so doing, he demonstrates how queer Asian migrant labor, transnational adoption from Asia, and the political and psychic legacies of Japanese internment underwrite narratives of racial forgetting and queer freedom in the present. A focus on queer diasporas also highlights the need for a poststructuralist account of family and kinship, one offering psychic alternatives to Oedipal paradigms. The Feeling of Kinship makes a major contribution to American studies, Asian American studies, diaspora studies, psychoanalysis, and queer theory.