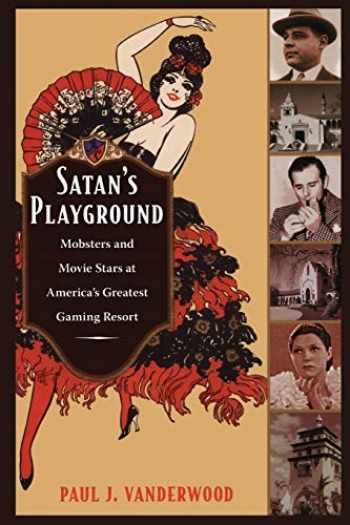 Satan’s Playground chronicles the rise and fall of the tumultuous and lucrative gambling industry that developed just south of the U.S.-Mexico border in the early twentieth century. As prohibitions against liquor, horse racing, gambling, and prostitution swept the United States, the vice industry flourished in and around Tijuana, to the extent that reformers came to call the town “Satan’s Playground,” unintentionally increasing its licentious allure. The area was dominated by Agua Caliente, a large, elegant gaming resort opened by four entrepreneurial Border Barons (three Americans and one Mexican) in 1928. Diplomats, royalty, film stars, sports celebrities, politicians, patricians, and nouveau-riche capitalists flocked to Agua Caliente’s luxurious complex of casinos, hotels, cabarets, and sports extravaganzas, and to its world-renowned thoroughbred racetrack. Clark Gable, Jean Harlow, Louis B. Mayer, the Marx Brothers, Bing Crosby, Charlie Chaplin, Gloria Swanson, and the boxer Jack Dempsey were among the regular visitors. So were mobsters such as Bugsy Siegel, who later cited Agua Caliente as his inspiration for building the first such resort on what became the Las Vegas Strip.

Less than a year after Agua Caliente opened, gangsters held up its money-car in transit to a bank in San Diego, killing the courier and a guard and stealing the company money pouch. Paul J. Vanderwood weaves the story of this heist gone wrong, the search for the killers, and their sensational trial into the overall history of the often-chaotic development of Agua Caliente, Tijuana, and Southern California. Drawing on newspaper accounts, police files, court records, personal memoirs, oral histories, and “true detective” magazines, he presents a fascinating portrait of vice and society in the Jazz Age, and he makes a significant contribution to the history of the U.S.-Mexico border.