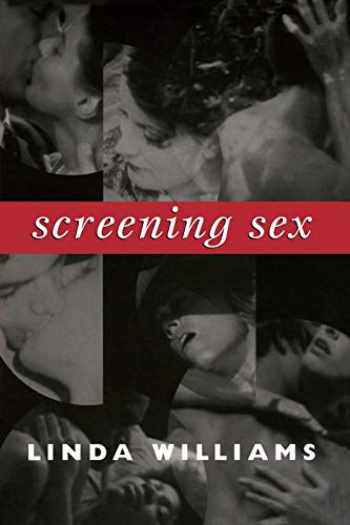 For many years, kisses were the only sexual acts to be seen in mainstream American movies. Then, in the 1960s and 1970s, American cinema “grew up” in response to the sexual revolution, and movie audiences came to expect more knowledge about what happened between the sheets. In Screening Sex, the renowned film scholar Linda Williams investigates how sex acts have been represented on screen for more than a century and, just as important, how we have watched and experienced those representations. Whether examining the arch artistry of Last Tango in Paris, the on-screen orgasms of Jane Fonda, or the anal sex of two cowboys in Brokeback Mountain, Williams illuminates the forms of pleasure and vicarious knowledge derived from screening sex.

Combining stories of her own coming of age as a moviegoer with film history, cultural history, and readings of significant films, Williams presents a fascinating history of the on-screen kiss, a look at the shift from adolescent kisses to more grown-up displays of sex, and a comparison of the “tasteful” Hollywood sexual interlude with sexuality as represented in sexploitation, Blaxploitation, and avant-garde films. She considers Last Tango in Paris and Deep Throat, two 1972 films unapologetically all about sex; In the Realm of the Senses, the only work of 1970s international cinema that combined hard-core sex with erotic art; and the sexual provocations of the mainstream movies Blue Velvet and Brokeback Mountain. She describes art films since the 1990s, in which the sex is aggressive, loveless, or alienated. Finally, Williams reflects on the experience of screening sex on small screens at home rather than on large screens in public. By understanding screening sex as both revelation and concealment, Williams has written the definitive study of sex at the movies.