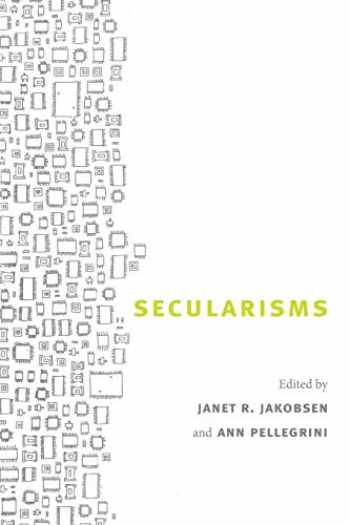 At a time when secularism is put forward as the answer to religious fundamentalism and violence, Secularisms offers a powerful, multivoiced critique of the narrative equating secularism with modernity, reason, freedom, peace, and progress. Bringing together essays by scholars based in religious studies, gender and sexuality studies, history, science studies, anthropology, and political science, this volume challenges the binary conception of “conservative” religion versus “progressive” secularism.

With essays addressing secularism in India, Iran, Turkey, Great Britain, China, and the United States, this collection crucially complicates the dominant narrative by showing that secularism is multifaceted. How secularism is lived and experienced varies with its national, regional, and religious context. The essays explore local secularisms in relation to religious traditions ranging from Islam to Judaism, Hinduism to Christianity. Several contributors explicitly take up the way feminism has been implicated in the dominant secularization story. Ultimately, by dislodging secularism’s connection to the single (and singular) progress narrative, this volume seeks to open spaces for other possible narratives about both secularism and religion—as well as for other possible ways of inhabiting the contemporary world.