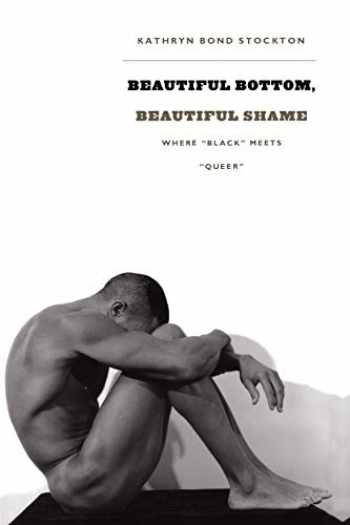 Shame, Kathryn Bond Stockton argues in Beautiful Bottom, Beautiful Shame, has often been a meeting place for the signs “black” and “queer” and for black and queer people—overlapping groups who have been publicly marked as degraded and debased. But when and why have certain forms of shame been embraced by blacks and queers? How does debasement foster attractions? How is it used for aesthetic delight? What does it offer for projects of sorrow and ways of creative historical knowing? How and why is it central to camp?

Stockton engages the domains of African American studies, queer theory, psychoanalysis, film theory, photography, semiotics, and gender studies. She brings together thinkers rarely, if ever, read together in a single study—James Baldwin, Radclyffe Hall, Jean Genet, Toni Morrison, Robert Mapplethorpe, Eldridge Cleaver, Todd Haynes, Norman Mailer, Leslie Feinberg, David Fincher, and Quentin Tarantino—and reads them with and against major theorists, including Georges Bataille, Sigmund Freud, Eve Kosofsky Sedgwick, Jacques Lacan, Roland Barthes, and Leo Bersani. Stockton asserts that there is no clear, mirrored relation between the terms “black” and “queer”; rather, seemingly definitive associations attached to each are often taken up or crossed through by the other. Stockton explores dramatic switchpoints between these terms: the stigmatized “skin” of some queers’ clothes, the description of blacks as an “economic bottom,” the visual force of interracial homosexual rape, the complicated logic of so-called same-sex miscegenation, and the ways in which a famous depiction of slavery (namely, Morrison’s Beloved) seems bound up with depictions of AIDS. All of the thinkers Stockton considers scrutinize the social nature of shame as they examine the structures that make debasements possible, bearable, pleasurable, and creative, even in their darkness.