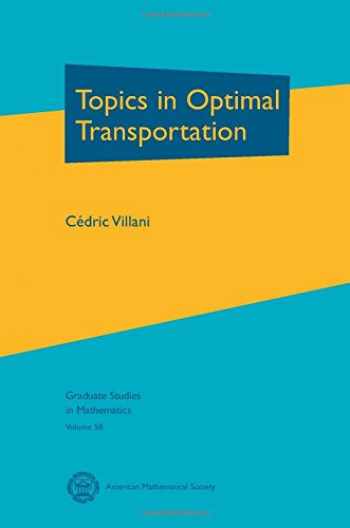 This is the first comprehensive introduction to the theory of mass transportation with its many--and sometimes unexpected--applications. In a novel approach to the subject, the book both surveys the topic and includes a chapter of problems, making it a particularly useful graduate textbook.

Each of these contributions marked the beginning of a whole mathematical theory, with many unexpected ramifications. Nowadays, the Monge-Kantorovich problem is used and studied by researchers from extremely diverse horizons, including probability theory, functional analysis, isoperimetry, partial differential equations, and even meteorology.

Originating from a graduate course, the present volume is intended for graduate students and researchers, covering both theory and applications. Readers are only assumed to be familiar with the basics of measure theory and functional analysis.