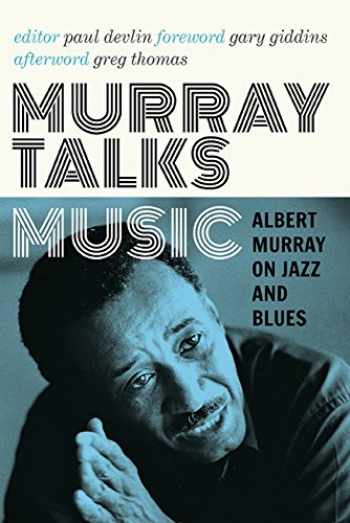 The year 2016 will mark the centennial of the birth of Albert Murray (1916–2013), who in thirteen books was by turns a lyrical novelist, a keen and iconoclastic social critic, and a formidable interpreter of jazz and blues. Not only did his prizewinning study Stomping the Blues (1976) influence musicians far and wide, it was also a foundational text for Jazz at Lincoln Center, which he cofounded with Wynton Marsalis and others in 1987. Murray Talks Music brings together, for the first time, many of Murray’s finest interviews and essays on music—most never before published—as well as rare liner notes and prefaces.

For those new to Murray, this book will be a perfect introduction, and those familiar with his work—even scholars—will be surprised, dazzled, and delighted. Highlights include Dizzy Gillespie’s richly substantive 1985 conversation; an in-depth 1994 dialogue on jazz and culture between Murray and Wynton Marsalis; and a long 1989 discussion on Duke Ellington between Murray, Stanley Crouch, and Loren Schoenberg. Also interviewed by Murray are producer and impresario John Hammond and singer and bandleader Billy Eckstine. All of thse conversations were previously lost to history. A celebrated educator and raconteur, Murray engages with a variety of scholars and journalists while making insightful connections among music, literature, and other art forms—all with ample humor and from unforeseen angles.

Leading Murray scholar Paul Devlin contextualizes the essays and interviews in an extensive introduction, which doubles as a major commentary on Murray’s life and work. The volume also presents sixteen never-before-seen photographs of jazz greats taken by Murray.

No jazz collection will be complete without Murray Talks Music, which includes a foreword by Gary Giddins and an afterword by Greg Thomas.