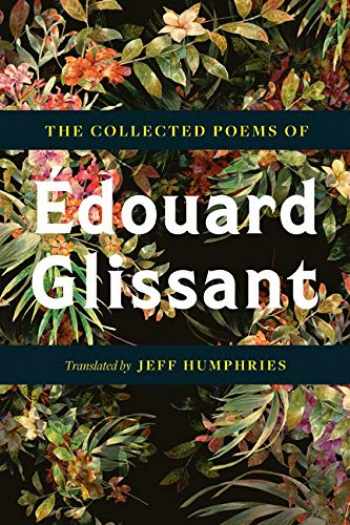 The Collected Poems Of Édouard Glissant

The complete poems of the two-time finalist for the Nobel Prize in Literature, available in English for the first time

This volume collects and translates—most for the first time—the nine volumes of poetry published by Édouard Glissant, a poet, novelist, and critic increasingly recognized as one of the great writers of the twentieth century. The poems bring to life what Glissant calls “an archipelago-like reality,” partaking of the exchanges between Europe and its former colonies, between humans and their geographies, between the poet and the natural world.

Reciting and re-creating histories of the African diaspora, Columbus’s “discovery” of the New World, the slave trade, and the West Indies, Glissant underscores the role of poetic language in changing both past and present irrevocably. As translator Jeff Humphries writes in his introduction, Glissant’s poetry embraces the aesthetic creed of the French symbolists Mallarmé and Rimbaud (“The poet must make himself into a seer”) and aims at nothing less than a hallucinatory experience of imagination in which the differences among poem, reader, and subject dissolve into one immediate present.

Born in Martinique in 1928, influenced by the controversial Martinican poet/politician Aimé Césaire, and educated at the Sorbonne in Paris, Édouard Glissant has emerged as one of the most influential postcolonial theorists, novelists, playwrights, and poets not only in the Caribbean but also in contemporary French letters. He has twice been a finalist for the Nobel Prize in Literature as well as the recipient of both the Prix Renaudot and the Prix Charles Veillon in France. His works include Poetics of Relation, Caribbean Discourse, Faulkner Mississippi, and the novel The Ripening. He currently serves as Distinguished Professor of French at City University of New York, Graduate Center.