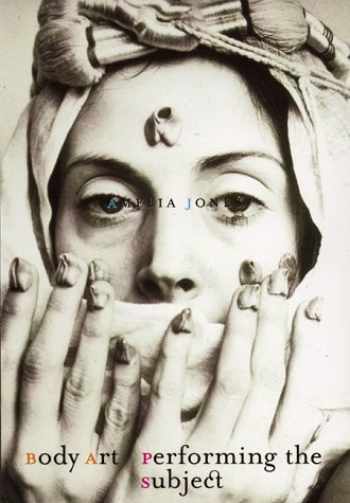 Acknowledged authors Jones, Amelia wrote Body Art/Performing the Subject comprising 368 pages back in 1998. Textbook and eTextbook are published under ISBN 0816627738 and 9780816627738. Since then Body Art/Performing the Subject textbook was available to sell back to BooksRun online for the top buyback price of $ 3.21 or rent at the marketplace.
Show more

An examination of the social and cultural significance of body art by a major new voice.

The past few years have seen an explosion of interest in body art, in which the artist's body is integral to the work of art. With the revoking of NEA funding for such artists as Karen Finley, Tim Miller, and others, public awareness and media coverage of body-oriented performances have increased. Yet the roots of body art extend to the 1960s and before. In this definitive book, Amelia Jones explores body art projects from the 1960s and 1970s and relates their impact to the work of body artists active today, providing a new conceptual framework for defining postmodernism in the visual arts.

Jones begins with a discussion of the shifting intellectual terrain of the 1950s and 1960s, focusing on the work of Ana Mendieta. Moving to an examination of the reception of Jackson Pollock's "performative" acts of painting, she argues that Pollock is a pivotal figure between modernism and postmodernism. The book continues with explorations of Vito Acconci and Hannah Wilke, whose practices exemplify a new kind of performance that arose in the late 1960s, one that represents a dramatic shift in the conception of the artistic subject. Jones then surveys the work of a younger generation of artists -- including Laurie Anderson, Orlan, Maureen Connor, Lyle Ashton Harris, Laura Aguilar, and Bob Flanagan -- whose recent work integrates technology and issues of identity to continue to expand the critique begun in earlier body art projects.

Embracing an exhilarating mix of methodologies and perspectives (including feminism, queer theory, philosophy, psychoanalysis, and literary theory), this rigorous and elegantexamination of body art provides rich historical insight and essential context that rethinks the parameters of postmodern culture. 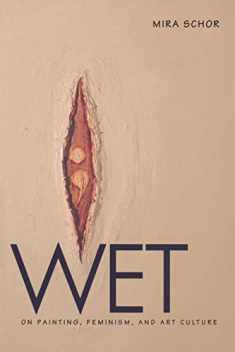 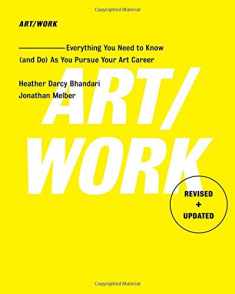