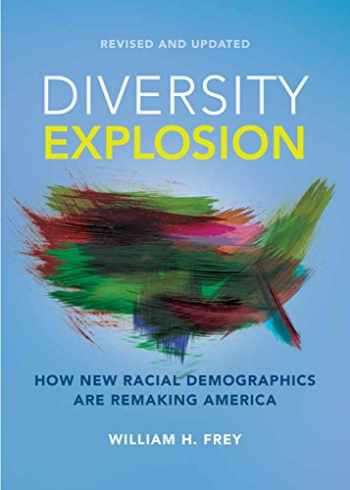 Race is once again a contentious topic in America, as shown by the divisive rise of Donald Trump and the activism of groups like Black Lives Matter. Yet, Diversity Explosion argues that the current period of profound racial change will lead to a less divided nation than today’s older whites or younger minorities fear. Prominent demographer William Frey sees America’s emerging diversity boom as good news for a country that would otherwise become isolated from the rest of world while facing declining growth and rapid aging for years to come.

In this updated and revised edition of his award-winning book, Frey draws lessons from the 2016 presidential election and fresh statistics to paint a clear picture of where America’s racial demography is headed―and what it means for the nation’s future. His new analysis of election data and the changing electorate shows how Trump's win highlights a major fissure in today’s America: a cultural generation gap where many baby boomers and seniors are fearful about the nation’s diversifying population, while at the same time younger adults―especially millennials―welcome it. Frey explains how, despite this gap, broad demographic forces will alter the nation’s social and political landscape in the not-too-distant future, as older Americans and those living in red states come to absorb and embrace the contributions of multihued generations that are rapidly growing and dispersing. Clearly, the phrase “demography is destiny” is salient in ways that both political parties need to recognize.

Drawing from the U.S. Census, recent national surveys, and related sources, Frey tells how the rapidly growing “new minorities”―Hispanics, Asians, and multiracial Americans―along with African Americans and other groups, are transforming and reinvigorating communities from cities to suburbs and from the coasts to the heartland. He discusses their impact on generational change, neighborhood segregation, and interracial marriage, as well as presidential politics.

Diversity Explosion is an accessible, richly illustrated overview of how unprecedented racial change is remaking the United States once again. It is an essential guide for political strategists, marketers, investors, educators, policymakers, and anyone who wants to understand the magnitude, potential, and promise of the new national melting pot in the 21st century. 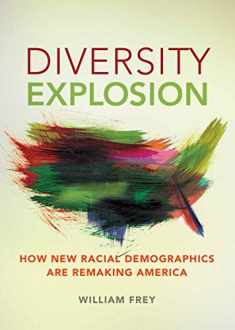