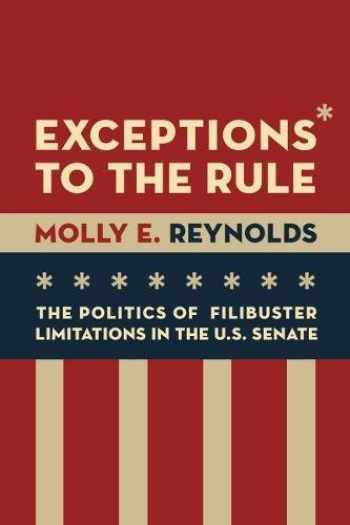 Exceptions to the Rule: The Politics of Filibuster Limitations in the U.S. Senate

Special rules enable the Senate to act despite the filibuster. Sometimes.

Most people believe that, in today's partisan environment, the filibuster prevents the Senate from acting on all but the least controversial matters. But this is not exactly correct. In fact, the Senate since the 1970s has created a series of special rulesdescribed by Molly Reynolds as majoritarian exceptions”that limit debate on a wide range of measures on the Senate floor.

The details of these exemptions might sound arcane and technical, but in practice they have enabled the Senate to act even when it otherwise seemed paralyzed. Important examples include procedures used to pass the annual congressional budget resolution, enact budget reconciliation bills, review proposals to close military bases, attempt to prevent arms sales, ratify trade agreements, and reconsider regulations promulgated by the executive branch.

Reynolds argues that these procedures represent a key instrument of majority party power in the Senate. They allow the majorityeven if it does not have the sixty votes needed to block a filibusterto produce policies that will improve its future electoral prospects, and thus increase the chances it remains the majority party.

As a case study, Exceptions to the Rule examines the Senate's role in the budget reconciliation process, in which particular congressional committees are charged with developing procedurally protected proposals to alter certain federal programs in their jurisdictions. Created as a way of helping Congress work through tricky budget issues, the reconciliation process has become a powerful tool for the majority party to bypass the minority and adopt policy changes in hopes that it will benefit in the next election cycle.