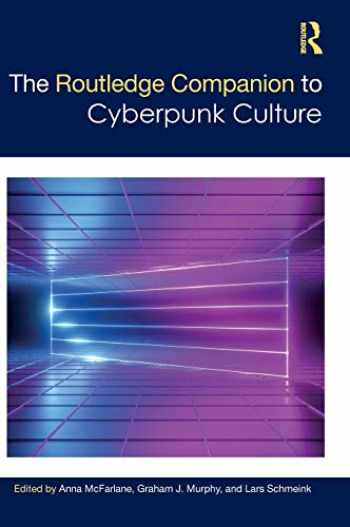 In this companion, an international range of contributors examine the cultural formation of cyberpunk from micro-level analyses of example texts to macro-level debates of movements, providing readers with snapshots of cyberpunk culture and also cyberpunk as culture.

With technology seamlessly integrated into our lives and our selves, and social systems veering towards globalization and corporatization, cyberpunk has become a ubiquitous cultural formation that dominates our twenty-first century techno-digital landscapes. The Routledge Companion to Cyberpunk Culture traces cyberpunk through its historical developments as a literary science fiction form to its spread into other media such as comics, film, television, and video games. Moreover, seeing cyberpunk as a general cultural practice, the Companion provides insights into photography, music, fashion, and activism. Cyberpunk, as the chapters presented here argue, is integrated with other critical theoretical tenets of our times, such as posthumanism, the Anthropocene, animality, and empire. And lastly, cyberpunk is a vehicle that lends itself to the rise of new futurisms, occupying a variety of positions in our regionally diverse reality and thus linking, as much as differentiating, our perspectives on a globalized technoscientific world.

With original entries that engage cyberpunk’s diverse ‘angles’ and its proliferation in our life worlds, this critical reference will be of significant interest to humanities students and scholars of media, cultural studies, literature, and beyond.