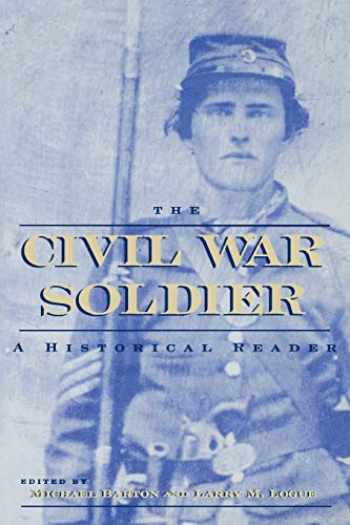 In 1943, Bell Wiley's groundbreaking book Johnny Reb launched a new area of study: the history of the common soldier in the U.S. Civil War. This anthology brings together landmark scholarship on the subject, from a 19th century account of life as a soldier to contemporary work on women who, disguised as men, joined the army.
One of the only available compilations on the subject, The Civil War Soldier answers a wide range of provocative questions: What were the differences between Union and Confederate soldiers? What were soldiers' motivations for joining the army—their "will to combat"? How can we evaluate the psychological impact of military service on individual morale? Is there a basis for comparison between the experiences of Civil War soldiers and those who fought in World War II or Vietnam? How did the experiences of black soldiers in the Union army differ from those of their white comrades? And why were southern soldiers especially drawn to evangelical preaching?
Offering a host of diverse perspectives on these issues, The Civil War Soldier is the perfect introduction to the topic, for the student and the Civil War enthusiast alike.
Contributors: Michael Barton, Eric T. Dean, David Donald, Drew Gilpin Faust, Joseph Allen Frank, James W. Geary, Joseph T. Glaatthaar, Paddy Griffith, Earl J. Hess, Thomas Wentworth Higginson, Perry D. Jamieson, Elizabeth D. Leonard, Gerald F. Linderman, Larry Logue, Pete Maslowski, Carlton McCarthy, James M. McPherson, Grady McWhiney, Reid Mitchell, George A. Reaves, Jr., James I. Robertson, Fred A. Shannon, Maris A. Vinovskis, and Bell Irvin Wiley.