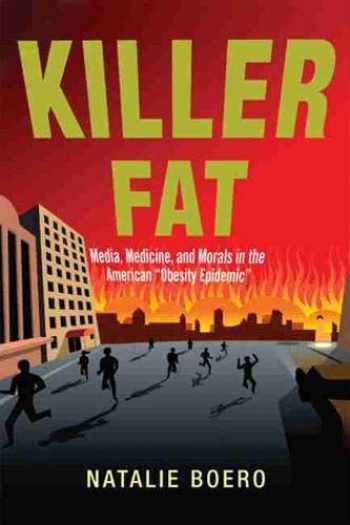 In the past decade, obesity has emerged as a major public health concern in the United States and abroad. At the federal, state, and local level, policy makers have begun drafting a range of policies to fight a war against fat, including body-mass index (BMI) report cards, “snack taxes,” and laws to control how fast food companies market to children. As an epidemic, obesity threatens to weaken the health, economy, and might of the most powerful nation in the world.

In Killer Fat, Natalie Boero examines how and why obesity emerged as a major public health concern and national obsession in recent years. Using primary sources and in-depth interviews, Boero enters the world of bariatric surgeries, Weight Watchers, and Overeaters Anonymous to show how common expectations of what bodies are supposed to look like help to determine what sorts of interventions and policies are considered urgent in containing this new kind of disease.

Boero argues that obesity, like the traditional epidemics of biological contagion and mass death, now incites panic, a doomsday scenario that must be confronted in a struggle for social stability. The “war” on obesity, she concludes, is a form of social control. Killer Fat ultimately offers an alternate framing of the nation’s obesity problem based on the insights of the “Health at Every Size” movement.