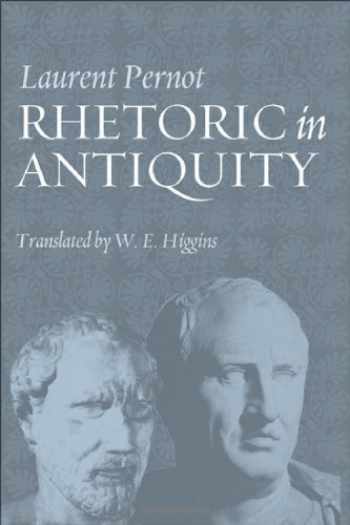 Acknowledged authors Pernot, Laurent wrote Rhetoric in Antiquity comprising 286 pages back in 2005. Textbook and eTextbook are published under ISBN 0813214076 and 9780813214078. Since then Rhetoric in Antiquity textbook was available to sell back to BooksRun online for the top buyback price of $ 1.72 or rent at the marketplace.
Show more

Originally published as La Rhétorique dans l'Antiquité (2000), this new English edition provides students with a valuable introduction to understanding the classical art of rhetoric and its place in ancient society and politics. Rhetoric formed an essential part of teaching and general culture. Today it gives indispensable keys to addressing current problems in literary theory, philosophy and aesthetics, communication, and political or legal debate. It bears a body of knowledge about reasoning and language, a vocabulary still in use, and transcends traditional barriers between disciplines and periods.

Written by a leading scholar of classical rhetoric, Laurent Pernot, the book offers a full description of ancient rhetoric in the Greco-Roman period, from Homer and classical Athens, through the Hellenistic World, Roman Republic, and Roman Empire, up to the advent of Christianity, explaining the evolutions, illuminating the main themes, and stressing the key moments and figures. The book contains a thesaurus giving a list and explanation of all the technical terms, many of which are still in use in contemporary language.

Laurent Pernot is Professor of Greek Language and Literature at the University of Strasbourg and President of the International Society for the History of Rhetoric. He is the author of numerous books and articles.


Praise for the book:

"Laurent Pernot's concise and authoritative account of rhetoric in Graeco-Roman antiquity appears now in an elegant English translation by William Higgins. This translation goes well beyond the original French edition and is more than a guide to what the Greeks and Romans thought about speech. Terminology and practice are given equal weight. Pernot has included detailed discussion of problematic issues in an excursus format that enriches his exposition without disrupting it. This is by far the best and the most timely introduction to classical rhetoric known to me."―G. W. Bowersock, Institute for Advanced Study (Princeton)

"Pernot is one of the leading historians of rhetoric worldwide, and what he says demands serious consideration. He possesses encyclopedic knowledge of the period, and he writes clearly and cleanly. The book is excellent, in scholarly quality and in accessibility."―Craig Kallendorf, Texas A&M University

"A splendidly nuanced treatment of ancient rhetoric both as theory and practice. Pernot's mastery of contextual detail enlivens his discussions of individual orators, putting human faces on the public texts that have survived from Greek and Roman societies."―James J. Murphy, University of California, Davis

"Pernot offers many new interpretations of the history of rhetoric, adds nuance and discrimination to many previous understandings, and overturns or takes us past a series of understandings that prevailed earlier; in each case he does so on the basis of the most respectable and current scholarship."―Lawrence D. Green, University of Southern California

"A comprehensive, concise, yet never simplistic overview of ancient rhetorical practice and theory. . . . An exemplary introduction that gives a vivid and clear picture of the field."―Classical Review

"Laurent Pernot is known world wide among scholars of classical rhetoric, and this English translation of his survey should now make him widely recognized among English-speaking students as well...The book...is a pleasant and informative book that is clear and easy to read. It excels when presenting rhetoric in a social and philosophic context. Rhetoric grows within a community, and Pernot will always help the reader see rhetoric as part of a larger cultural whole...Pernot elegantly presents issues, giving a convincing sense of the unity and sweep of rhetoric in the classical world...Pernot successfully weaves together practice and theory, rhetoric and philosophy...This is an engag 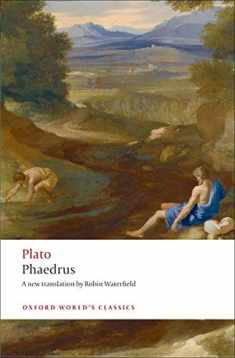 Phaedrus (Oxford Wo...
by Plato 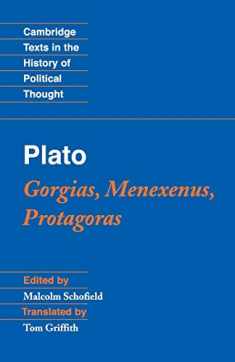