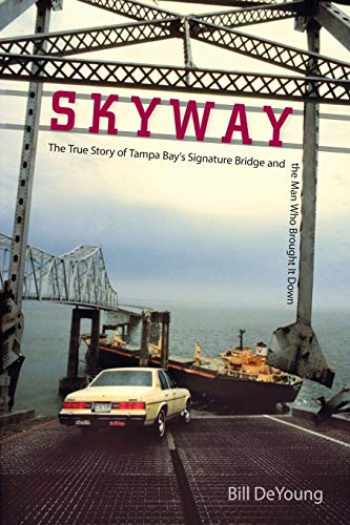 Skyway: The True Story of Tampa Bay's Signature Bridge and the Man Who Brought It Down

“Bill DeYoung’s story of the construction of the original and second span of the Sunshine Skyway Bridge, of the accident in 1980 that destroyed it, and of John Lerro, the harbor pilot steering the Summit Venture that struck the bridge, is spellbinding and reads like a mystery.”—Robert Kerstein, author of Key West on the Edge

“Bill DeYoung’s meticulous reconstruction of how Florida’s mightiest bridge was built and then destroyed is a compelling read, full of telling details and tragic irony.”—Craig Pittman, author of The Scent of Scandal

On the morning of May 9, 1980, harbor pilot John Lerro was guiding a 600-foot freighter, the Summit Venture, into Tampa Bay. Directly in the ship’s path was the Sunshine Skyway Bridge--two ribbons of concrete, steel, and asphalt that crossed fifteen miles of open bay. Suddenly, a violent weather cell reduced visibility to zero at the precise moment when Lerro attempted to direct the 20,000-ton vessel underneath the bridge. Unable to stop or see where he was going, Lerro drove the ship into a support pier; the main span splintered and collapsed 150 feet into the bay. Seven cars and a Greyhound bus fell over the broken edge and into the churning water below. Thirty-five people died.

Skyway tells the entire story of this horrific event, from the circumstances that led up to it through the years-long legal proceedings that followed. Through personal interviews and extensive research, Bill DeYoung pieces together the harrowing moments of the collision, including the first-person accounts of witnesses and survivors.

Among those whose lives were changed forever was Wesley MacIntire, the motorist whose truck ricocheted off the hull of the Summit Venture and sank. Although he was the lone survivor, MacIntire, like Lerro, was emotionally scarred and remained haunted by the tragedy for the rest of his life. Similarly, DeYoung details the downward spiral of Lerro’s life, his vilification in the days and weeks that followed the accident, and his obsession with the tragedy well into his painful last years.

DeYoung also offers a history of the ill-fated bridge, from its construction in 1954, through the addition of a second parallel span in 1971, to its eventual replacement. He discusses the sinking of a Coast Guard cutter a mere three months before Skyway collapsed and the Department of Transportation’s dire warnings about the bridge’s condition. The result is a vividly detailed portrait of the rise and fall of a Florida landmark.