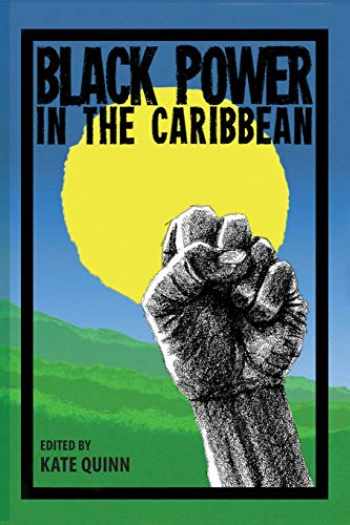 Black Power in the Caribbean

“An altogether path-breaking collection of riveting essays.”—Robert A. Hill, Editor in Chief of The Marcus Garvey & UNIA Papers

“A fascinating, original, and much-needed history of the development of Black Power on the various islands of the Caribbean. By moving the center of the analysis away from the United States, this collection raises important new questions about the rise and impact of Black Power.”—Stephen Tuck, author of We Ain’t What We Ought to Be

“The little-understood role of the Afro-Caribbean Left in the English-speaking islands receives a powerful dose of insight here.”—Paul Buhle, author of C.L.R. James: The Artist as Revolutionary

“A scintillating addition to Black Power’s vibrant historiography. While its geographic focus is relatively small, its implications for our understanding of black radical politics could not be broader. It proves beyond a doubt that Black Power was a truly transnational phenomenon.”—Joe Street, author of The Culture War in the Civil Rights Movement

“Most case studies of the Black Power phenomenon which swept through the Caribbean islands in the seventies focus mainly on one or two Caribbean islands. The value and importance of Kate Quinn’s book is that it marshals studies drawn from as far south as Trinidad and Tobago to others as far North as Jamaica and Bermuda. It also has the advantage of looking at cultures and languages other than English. The book is a must-read.”—Selwyn Ryan, author of Eric Williams, The Myth and the Man

Black Power studies have been dominated by the North American story, but after decades of scholarly neglect, the growth of “New Black Power Studies” has revitalized the field. Central to the current agenda are a critique of the narrow domestic lens through which U.S. Black Power has been viewed and a call for greater attention to international and transnational dimensions of the movement. Black Power in the Caribbean highlights the unique origins and causes of Black Power mobilization in the Caribbean and its relationship to Black Power in the United States, ultimately situating the historical roots and modern legacies of the movement in a wider, international context.