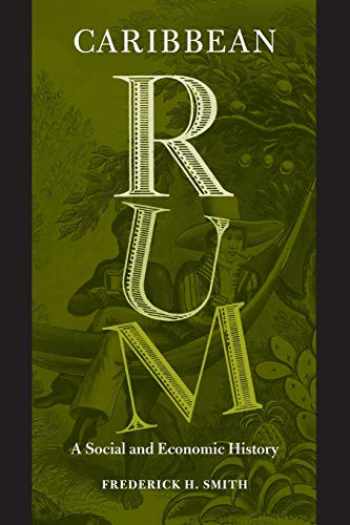 "The most significant contribution to the history of Caribbean rum since John McCusker's Rum and the American Revolution. . . . It adds significantly to McCusker’s work by analyzing the Caribbean environment in greater depth and by bringing the story forward by two centuries."--Anthony P. Maingot, Florida International University

Christopher Columbus brought sugarcane to the New World on his second voyage. By 1520 commercial sugar production was underway in the Caribbean, along with the perfection of methods to ferment and distill alcohol from sugarcane to produce a new beverage that would have dramatic impact on the region. Caribbean Rum presents the fascinating cultural, economic, and ethnographic history of rum in the Caribbean from the colonial period to the present.

Drawing on data from historical archaeology and the economic history of the Caribbean, Frederick Smith explains why this industry arose in the islands, how attitudes toward alcohol consumption have impacted the people of the region, and how rum production evolved over 400 years from a small colonial activity to a multi-billion-dollar industry controlled by multinational corporations. He investigates the economic impact of Caribbean rum on many scales, including rum's contribution to sugarcane plantation revenues, its role in bolstering colonial and postcolonial economies, and its impact on Atlantic trade. Smith discusses the political and economic trends that determined the value of rum, especially war, competition from other alcohol industries, slavery and emancipation, temperance movements, and globalization.

The book also examines the social and sacred uses of rum and identifies the forces that shaped alcohol use in the Caribbean. It shows how levels of drinking and drunken deportment reflected underlying social tensions, which were driven by the coercive exploitation of labor and set within a highly contentious hierarchy based on class, race, gender, religion, and ethnic identity, and how these tensions were magnified by epidemic disease, poor living conditions, natural disasters, international conflicts, and unstable food supplies.