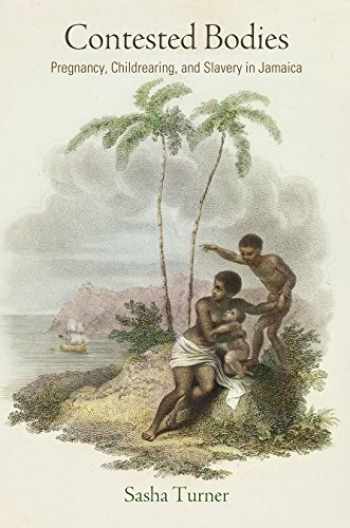 Winner of the 2018 Berkshire Conference of Women Historians Book Prize

It is often thought that slaveholders only began to show an interest in female slaves' reproductive health after the British government banned the importation of Africans into its West Indian colonies in 1807. However, as Sasha Turner shows in this illuminating study, for almost thirty years before the slave trade ended, Jamaican slaveholders and doctors adjusted slave women's labor, discipline, and health care to increase birth rates and ensure that infants lived to become adult workers. Although slaves' interests in healthy pregnancies and babies aligned with those of their masters, enslaved mothers, healers, family, and community members distrusted their owners' medicine and benevolence. Turner contends that the social bonds and cultural practices created around reproductive health care and childbirth challenged the economic purposes slaveholders gave to birthing and raising children.

Through powerful stories that place the reader on the ground in plantation-era Jamaica, Contested Bodies reveals enslaved women's contrasting ideas about maternity and raising children, which put them at odds not only with their owners but sometimes with abolitionists and enslaved men. Turner argues that, as the source of new labor, these women created rituals, customs, and relationships around pregnancy, childbirth, and childrearing that enabled them at times to dictate the nature and pace of their work as well as their value. Drawing on a wide range of sources—including plantation records, abolitionist treatises, legislative documents, slave narratives, runaway advertisements, proslavery literature, and planter correspondence—Contested Bodies yields a fresh account of how the end of the slave trade changed the bodily experiences of those still enslaved in Jamaica.