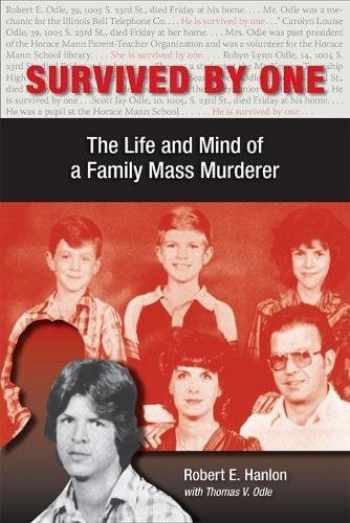 Survived by One: The Life and Mind of a Family Mass Murderer (Elmer H Johnson & Carol Holmes Johnson Series in Criminology)

On November 8, 1985, 18-year-old Tom Odle brutally murdered his parents and three siblings in the small southern Illinois town of Mount Vernon, sending shockwaves throughout the nation. The murder of the Odle family remains one of the most horrific family mass murders in U.S. history. Odle was sentenced to death and, after seventeen years on death row, expected a lethal injection to end his life. However, Illinois governor George Ryan’s moratorium on the death penalty in 2000, and later commutation of all death sentences in 2003, changed Odle’s sentence to natural life.

The commutation of his death sentence was an epiphany for Odle. Prior to the commutation of his death sentence, Odle lived in denial, repressing any feelings about his family and his horrible crime. Following the commutation and the removal of the weight of eventual execution associated with his death sentence, he was confronted with an unfamiliar reality. A future. As a result, he realized that he needed to understand why he murdered his family. He reached out to Dr. Robert Hanlon, a neuropsychologist who had examined him in the past. Dr. Hanlon engaged Odle in a therapeutic process of introspection and self-reflection, which became the basis of their collaboration on this book.

Hanlon tells a gripping story of Odle’s life as an abused child, the life experiences that formed his personality, and his tragic homicidal escalation to mass murder, seamlessly weaving into the narrative Odle’s unadorned reflections of his childhood, finding a new family on death row, and his belief in the powers of redemption.

As our nation attempts to understand the continual mass murders occurring in the U.S., Survived by One sheds some light on the psychological aspects of why and how such acts of extreme carnage may occur. However, Survived by One offers a never-been-told perspective from the mass murderer himself, as he searches for the answers concurrently being asked by the nation and the world.