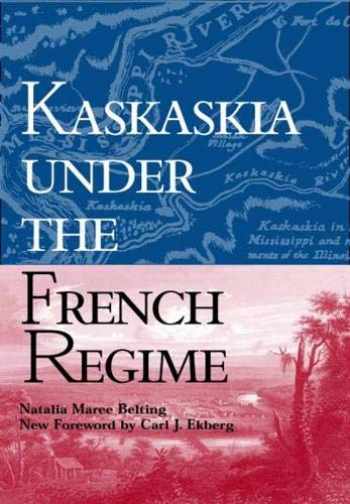 “The Illinois Habitant,” writes Natalia Maree Belting, “was a gay soul; he seemed shockingly carefree to later, self-righteous puritans from the American colonies. He danced on Sunday after mass, was passionately attached to faro and half a dozen other card games, and played billiards at all hours. He gossiped long over a friendly pipe and congenial mug of brandy in the half-dusk of his porch or in the noisy tavern.”

First published in 1948, Kaskaskia under the French Regime is a social and economic history of French Kaskaskia from 1703 to 1765. Using a readable, journalistic style, Belting brings to life the prairie terrain, the Kaskaskia mission, early architecture, building methods and materials, the beginnings of government, domestic tools and utensils, commerce, and the social customs of the pioneer.

In 1703, Kaskaskia was little more than a mission station in Illinois territory inhabited by a few French traders, their Indian wives, and a priest. Later in the century, the settlement became a flourishing French village filled with rows of low one-story French-style houses lining the streets. But the unique native and French bonds began when the explorers Louis Joliet and Pierre Marquette discovered a peaceful tribe, the Kaskaskia, while journeying along the Illinois River.

This historic friendship grew into a unique colonial culture, the remnants which can be seen through numerous primary source documents. Belting draws on and translates from eighteenth century French the Kaskaskia Manuscripts, in which French notaries recorded parish marriage contracts, property transactions (including slave sales), and estate inventories. She also examines the papers of the Marquis de Vaudreuil, among them the most complete census ever conducted in French Illinois, which provides a household-by-household enumeration of the population. What results is a comprehensive depiction of the lives and livelihood of French settlers in colonial Illinois. 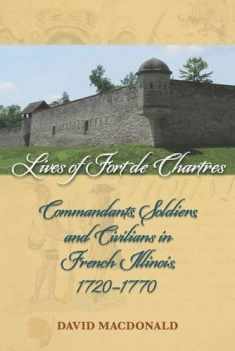 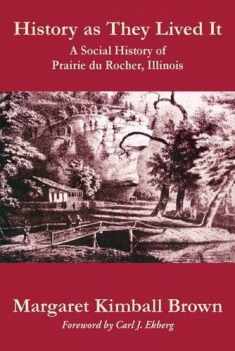 History as They Liv...
by Brown, Margaret Kim...