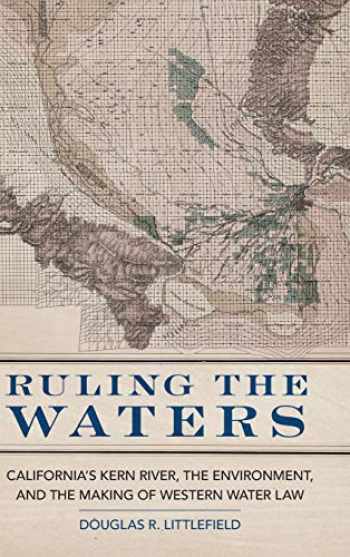 Ruling the Waters: California’s Kern River, the Environment, and the Making of Western Water Law (Volume 4) (The Environment in Modern North America)


When Europeans first arrived at what is now California’s San Joaquin Valley, they found a vast landscape of wetlands, small ponds, riparian forests, and grasslands surrounding three large swampland lakes. What greets a visitor to the region today is a dramatically different view of mile after mile of row crops, vineyards, orchards, and grazing acreage—some of the most fertile and productive agricultural land in the world. This remarkable transformation, with its enduring consequences, is at the center of Ruling the Waters, a legal, social, and environmental history of how western water law shaped, and was shaped by, the subjugation of the largest freshwater wetlands wildlife habitat in the West.

At the heart of efforts to wrest arable land from the region was the Kern River, which rises in the Sierra Nevada and carries snowmelt to what was once a great network of lakes, sloughs, and marshes at the southern end of California’s Central Valley. In Ruling the Waters Douglas R. Littlefield describes how, over the course of the nineteenth and early twentieth centuries, pioneers and entrepreneurs diverted water out of this network of waterways to extract gold in the mountains and irrigate farms lower down the river, and how the law was made to accommodate these practices. Struggles over the Kern River’s water established one of the most important concepts in water law in some parts of the United States—that prior appropriation, dependent on the chronological order of diversions from waterways, could legally coexist with riparian rights, which restrict water usage to landownership directly next to a river or stream.

Littlefield traces this concept to the 1886 California Supreme Court case of Lux v. Haggin—which pitted the giant farming and cattle company of Miller & Lux against a prominent land baron, James B. Haggin—and shows how the lawsuit profoundly shaped future waters issues, which in turn influenced water laws in other western states that were grappling with similar questions.
Far from a dry legal history, Ruling the Waters tells a story with world-wide historical environmental ramifications, a tale of competing personalities and values and visions that forever changed both the economy and the ecology of the American West.