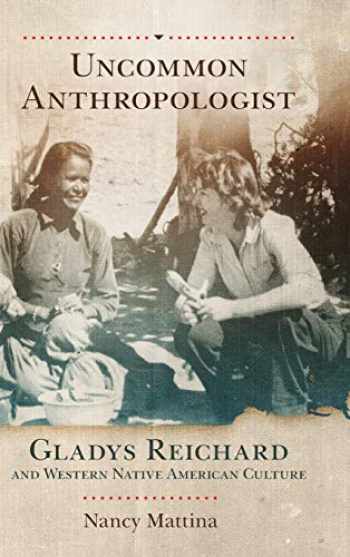 
A trailblazer in Native American linguistics and anthropology, Gladys Reichard (1893–1955) is one of America’s least appreciated anthropologists. Her accomplishments were obscured in her lifetime by differences in intellectual approach and envy, as well as academic politics and the gender realities of her age. This biography offers the first full account of Reichard’s life, her milieu, and, most importantly, her work—establishing, once and for all, her lasting significance in the history of anthropology.

In her thirty-two years as the founder and head of Barnard College’s groundbreaking anthropology department, Reichard taught that Native languages, written or unwritten, sacred or profane, offered Euro-Americans the least distorted views onto the inner life of North America’s first peoples. This unique approach put her at odds with anthropologists such as Edward Sapir, leader of the structuralist movement in American linguistics. Similarly, Reichard’s focus on Native psychology as revealed to her by Native artists and storytellers produced a dramatically different style of ethnography from that of Margaret Mead, who relied on western psychological archetypes to “crack” alien cultural codes, often at a distance. Despite intense pressure from her peers to conform to their theories, Reichard held firm to her humanitarian principles and methods; the result, as Nancy Mattina makes clear, was pathbreaking work in the ethnography of ritual and mythology; Wiyot, Coeur d’Alene, and Navajo linguistics; folk art, gender, and language—amplified by an exceptional career of teaching, editing, publishing, and mentoring.

Drawing on Reichard’s own writings and correspondence, this book provides an intimate picture of her small-town upbringing, the professional challenges she faced in male-centered institutions, and her quietly revolutionary contributions to anthropology. Gladys Reichard emerges as she lived and worked—a far-sighted, self-reliant humanist sustained in turbulent times by the generous, egalitarian spirit that called her yearly to the far corners of the American West.