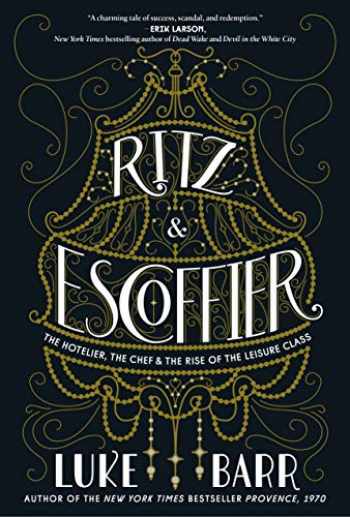 Ritz and Escoffier: The Hotelier, The Chef, and the Rise of the Leisure Class

In a tale replete with scandal and opulence, Luke Barr, author of the New York Times bestselling Provence, 1970, transports readers to turn-of-the-century London and Paris to discover how celebrated hotelier César Ritz and famed chef Auguste Escoffier joined forces at the Savoy Hotel to spawn the modern luxury hotel and restaurant, where women and American Jews mingled with British high society, signaling a new social order and the rise of the middle class.

In early August 1889, César Ritz, a Swiss hotelier highly regarded for his exquisite taste, found himself at the Savoy Hotel in London. He had come at the request of Richard D'Oyly Carte, the financier of Gilbert & Sullivan's comic operas, who had modernized theater and was now looking to create the world's best hotel. D'Oyly Carte soon seduced Ritz to move to London with his team, which included Auguste Escoffier, the chef de cuisine known for his elevated, original dishes. The result was a hotel and restaurant like no one had ever experienced, run in often mysterious and always extravagant ways--which created quite a scandal once exposed.
Barr deftly re-creates the thrilling Belle Epoque era just before World War I, when British aristocracy was at its peak, women began dining out unaccompanied by men, and American nouveaux riches and gauche industrialists convened in London to show off their wealth. In their collaboration at the still celebrated Savoy Hotel, where they welcomed loyal and sometimes salacious clients, such as Oscar Wilde and Sarah Bernhardt, Escoffier created the modern kitchen brigade and codified French cuisine for the ages in his seminal Le Guide culinaire, which remains in print today, and Ritz, whose name continues to grace the finest hotels across the world, created the world's first luxury hotel. The pair also ruffled more than a few feathers in the process. Fine dining would never be the same--or more intriguing.
Show more 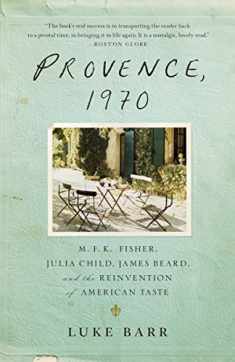