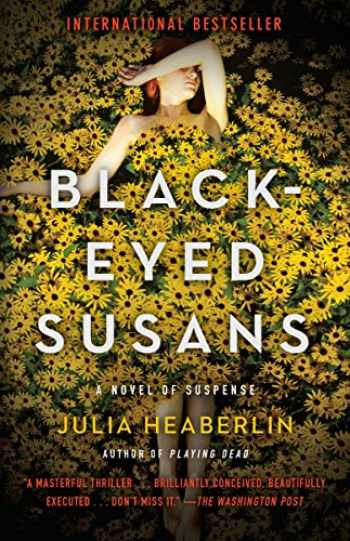 Black-Eyed Susans: A Novel of Suspense

Acknowledged authors Heaberlin, Julia wrote Black-Eyed Susans: A Novel of Suspense comprising 368 pages back in 2016. Textbook and eTextbook are published under ISBN 0804178011 and 9780804178013. Since then Black-Eyed Susans: A Novel of Suspense textbook was available to sell back to BooksRun online for the top buyback price of $ 0.08 or rent at the marketplace.
Show more

“My book of the year so far . . . breathtakingly, heart-stoppingly brilliant.”—Sophie Hannah, New York Times bestselling author of The Monogram Murders

I am the star of screaming headlines and campfire ghost stories. I am one of the four Black-Eyed Susans. The lucky one.

As a sixteen-year-old, Tessa Cartwright was found in a Texas field, barely alive amid a scattering of bones, with only fragments of memory as to how she got there. Ever since, the press has pursued her as the lone surviving “Black-Eyed Susan,” the nickname given to the murder victims because of the yellow carpet of wildflowers that flourished above their shared grave. Tessa’s testimony about those tragic hours put a man on death row.

Now, almost two decades later, Tessa is an artist and single mother. In the desolate cold of February, she is shocked to discover a freshly planted patch of black-eyed susans—a summertime bloom—just outside her bedroom window. Terrified at the implications—that she sent the wrong man to prison and the real killer remains at large—Tessa turns to the lawyers working to exonerate the man awaiting execution. But the flowers alone are not proof enough, and the forensic investigation of the still-unidentified bones is progressing too slowly. An innocent life hangs in the balance. The legal team appeals to Tessa to undergo hypnosis to retrieve lost memories—and to share the drawings she produced as part of an experimental therapy shortly after her rescue.

What they don’t know is that Tessa and the scared, fragile girl she was have built a fortress of secrets. As the clock ticks toward the execution, Tessa fears for her sanity, but even more for the safety of her teenaged daughter. Is a serial killer still roaming free, taunting Tessa with a trail of clues? She has no choice but to confront old ghosts and lingering nightmares to finally discover what really happened that night.

Shocking, intense, and utterly original, Black-Eyed Susans is a dazzling psychological thriller, seamlessly weaving past and present in a searing tale of a young woman whose harrowing memories remain in a field of flowers—as a killer makes a chilling return to his garden.

“A masterful thriller that shouldn’t be missed . . . brilliantly conceived, beautifully executed . . . [Julia] Heaberlin’s work calls to mind that of Gillian Flynn. Both writers published impressive early novels that were largely overlooked, and then one that couldn’t be: Flynn’s Gone Girl and now Heaberlin’s Black-Eyed Susans. Don’t miss it.”—The Washington Post