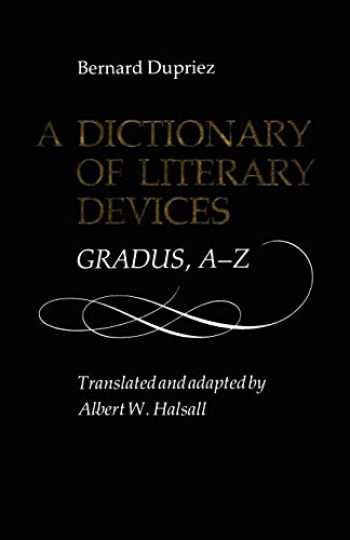 'Common-sense,' the Romantic critics told us, was all that was needed to understand and interpret literary texts. Today, we know this is not generally true. Modern criticism has joined with pre-Romantic criticism to expose common-sense as appropriate (because simple-minded), inadequate to comprehend and interpret verbal structures which are frequently 'non-[common]sensical,' anti-commonsensical, or even nonsensical.

The difference between readers today and their earlier counterparts is that we have lost the full vocabulary of criticism and the consciousness of the literary and rhetorical devices with which texts are created. Yet these devices are still available to us, still practised even if unwittingly and on an impoverished scale.

"Gradus," originally published in French in 1984, was designed to make good that loss, to reanimate those skills. Comprising some 4000 terms, defined and illustrated, it calls upon the resources of linguistics, poetics, semiotics, socio-criticism, rhetoric, pragmatics, combining them in ways which enable readers quickly to comprehend the codes and conventions which together make up 'literarity.' Skilfully translated into English, and adapted for an English-language audience with illustrations taken from an astonishing range of contemporary texts, literary and popular, drawn from literature, radio, television, and the theatre, "Gradus" will be a constant source of information and delight. 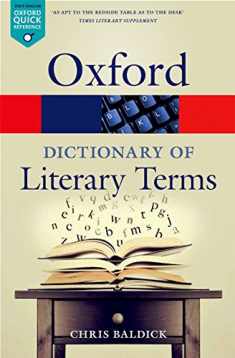 The Oxford Dictiona...
by Baldick, Chris