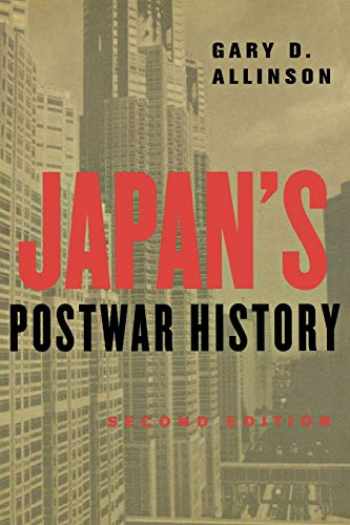 Reviews of the first edition―

"Allinson promises a comprehensive synthesis... that integrates analysis of political, economic and social topics....[This book] deserves a prominent place on any reading list in modern Japanese studies... and could well prove indispensable for teaching about Japan."―English Historical Review

"A solid achievement in the study of postwar Japan.... [A] lucid analyses of the very complex workings of economic and political institutions and the broadest features of social change across six decades from the 1930s to the 1990s."―Journal of Asian Studies

"Allinson guides his readers through the political, social, and economic changes... that lead Japan to its present world position....This... finely-crafted [book] should be read by any American who wants to make the effort to understand contemporary Japan."―Choice

"Teachers have long awaited a first-rate history of postwar Japan. Gary Allinson has made the wait worthwhile. His book is a well-conceived, clearly written, and insightful survey of the period.... Its publication not only gives us a fine teaching tool, but also provides a useful summary of the progress in the field of postwar Japanese history."―The Historian

"Japan's Postwar History includes a chronology, list of postwar prime ministers, and suggested readings in the English language. It uses examples from literature in order to introduce students to the large body of translated works and to create, together with the use of vignettes, more vivid impressions of living conditions during a period. Moreover, it argues against certain popular stereotypes and stresses the need to appreciate the continuities between 'postwar' and 'prewar' Japan."―Canadian Journal of History

Japan's Postwar History is the only book that provides an integrated analysis of Japan's social, political, and economic history from 1932 until the present day. Gary D. Allinson has substantially updated his work for a second edition that takes Japan from the bursting of the economic bubble through the long recession of the 1990s and up to 2003. 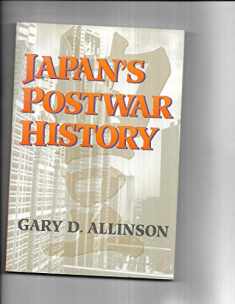